Animal Behavior is a new event in Genshin Impact. As its name suggests, this event is all about the types of behavior that different animals exhibit in Genshin Impact. Your objective is to catch them in the precise moment they are, for example, sleeping or eating, and then take a picture of them doing that. The Shaggy Sumpter Beast is one of these animals. You have to take a picture of the Shaggy Sumpter Beast in Genshin Impact while they are eating, resting, and attacking. Of course, this is easier said than done. But don’t worry, we are going to show you how it’s done right here. 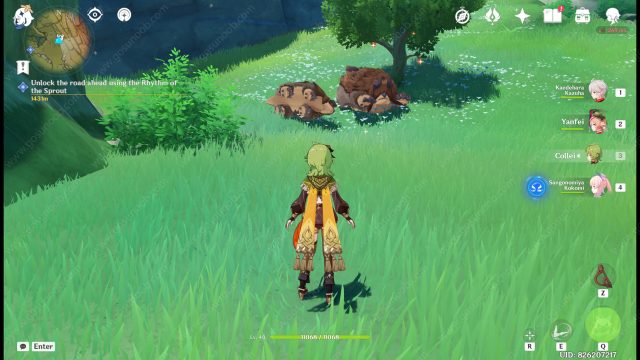 Take Pictures of Shaggy Sumpter Beasts While They are Eating, Resting & Attacking

When you get close to a Shaggy Sumpter Beasts, the game will notify you that they are in the vicinity. Approach them, take out your camera, and wait until they are eating and resting to take a photograph. This may take a while, so you need to be patient. On the other hand, taking a picture of them attacking is going to take a lot more work and can get very tricky to do.

So, naturally, the first thing you need to do is to enrage a Shaggy Sumpter Beast and get it to attack you. Of course, it should go without saying that you should also try not to get hit by it (if you can help it). The best strategy here is to find some elevated area from which you can clearly see the Shaggy Sumpter Beast, but it can’t reach you. Find such a place and then use a ranged attack on a Shaggy Sumpter Beast. The goal is just to get it aggressive, not to kill it, so don’t use an attack that’s too damaging. You will be able to tell that it is aggressive thanks to its health bar being visible above it. Then immediately take out your camera and take a picture of it.