The Strange Story in Konda is a new Genshin Impact quest that is quite long and can be very tricky to solve, especially its well puzzle – Explore the bottom of the well. This quest can be found on the new Inazuma region. If you still haven’t been to this area and are wondering how to get there, we have a great How To Get To Inazuma guide. The quest starts at a Sky Kitsune Statue shrine near Konda Village, where a mysterious stranger will ask for your help. Since there are sections of this quest which are best explained with video and not through writing, we’ve also put a video walkthrough down below. With our Konda Village Well Puzzle – Explore the bottom of the well – Strange Story in Konda Genshin Impact guide and the video for additional explanations, you will be able to solve the quest without much trouble. 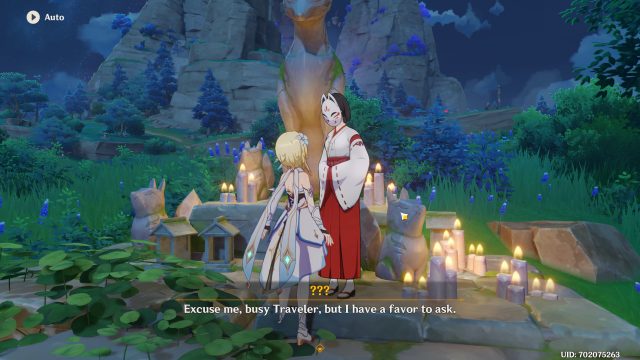 Ask The Locals For Information In Konda Village

After you’ve spoken with the mysterious masked woman, she will ask ask you to use your Electro power on the Sky Kitsune Statue behind her. Select a character which has this attack type and the woman, revealing her name to be Kazari, will ask you to go to Konda Village. Go there and speak with the locals. The one you need to talk to is called Takeru, and he is on the roof of a nearby house.

Give Evidence To The Village Chief

Next, you will need to collect three clues. These are marked on your map, so collecting them isn’t hard. When you have all three, go to the Village Chief. You need to give these clues to him in an exact order. The first clue you need to give him is the Purse by the dried-up well. The second clue is the cargo bag fished out from water, and the third clue is the Ragged list of goods. After that, follow the quest markers until you get the key which will allow you to unlock the well.

Explore the bottom of the well Genshin Impact

Explore the bottom of the well Genshin Impact quest is not easy to complete. Once you are at the bottom of the well, first loot the chest here. Then, use a Pyro-based attack to clear the wall. Summon an Electrogranum which will allow you to move through the barrier. Finally, manipulate the shrines until they make the pattern as the one in the middle of the room. To solve this Well Puzzle, follow the instructions in the video below. After you’ve done this, a phantom warrior will appear and attack you. Once you have defeated him, Kazari will appear to give you the next quest – Sacrificial Offering. This is another difficult quest, and we have a guide for it here.

PREVIOUS POSTNew World Fast Travel – How to Get Azoth

NEXT POSTNew World Factions – Which Faction to Join