Want to know what are the best upgrades, skills, and unlocks in God of War Ragnarok early game? The sequel to the 2018 God of War is finally here! And there’s so much content! Like in any good RPG game, making a proper build from the get-go is essential if you want to beat the game on the hardest levels. And, as we know all too well, sometimes making a proper choice when you are not particularly familiar with the game can be tricky. In order not to make a mistake, our guide explains what are the best starting skills to unlock early in God of War Ragnarok for the Leviathan Axe and the Blades of Chaos. 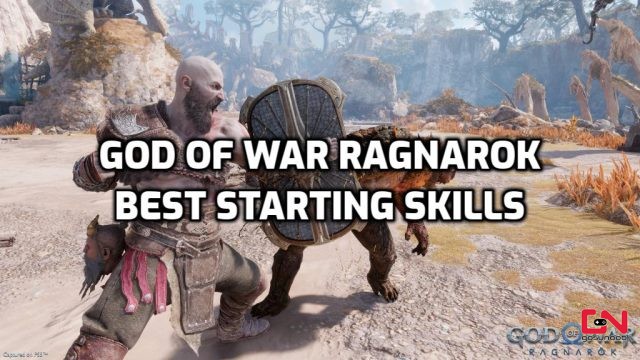 Which weapon skills should you unlock first in God of War Ragnarok?

Before we jump to our selection, let’s make one thing clear first. The good news is that Santa Monica Studio did a really great job of balancing the game. Thus, there are no “best” skills to use. Most of it will come down to your personal preferences and playstyle. It’s about what you think suits you best and fits nicely into your way of playing the game. You’ll not be bottlenecked for choosing the “wrong” ability. In fact, the only thing we strongly recommend is not to use your resources as much as you can, before you figure out how you want to play, and which skills will complement that. That said, here are what we think are the two overall most useful early-game weapon skills in God of War Ragnarok: 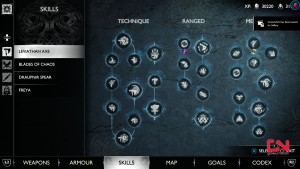 If there is one consensus, that’s the fact that Glacial Rake is probably one of the best weapon skills to unlock early in God of War Ragnarok. Kratos will inflict Frost damage with his axe by ripping out ice shards from the ground by holding R1. The skill is fast, reliable and has an AoE effect. This allows you to combo it with your other attacks to deal easily with multiple enemies at once. 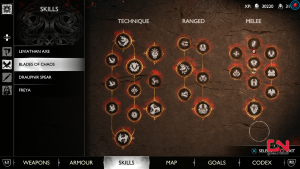 For the Blade of Chaos’s best starting skills in God of War Ragnarok, we advise unlocking the Hyperion Grapple skill as soon as possible. Not only it’s really useful in combat, but it is also insanely fun to use. And after all, fun is why we play video games, right? By holding R1, you’ll pull yourself towards an enemy, impacting them with Stun and damage. But the real reason why it is so useful is the fact that it allows you to close the gap quickly and enter melee combat where Kratos excels.

Now that Genshin Impact 3.3 is out, we have a new character to play with…