So, you want to know how to pre-order God of War Ragnarok Jotnar Edition? The next adventure of Kratos and Atreus finally has a release date – November 9th, 2022. It goes without saying that fans are beyond excited to once again jump into the role of Kratos and experience a brand new storyline. And the most hard-core fans will surely want to pre-purchase the God of War Jotnar Edition. In this article, we explain how to pre-order GoW Jotnar Edition via PlayStation Direct, how much it costs, and what content is included in this edition. 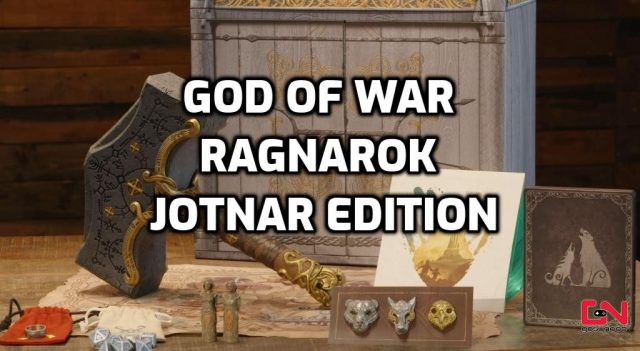 While Sony did reveal the release date for GoW Ragnarok, the pre-order is not yet available. Sony has announced that pre-orders are set to start on July 15th, 2022. The exact time when will pre-orders start is 10 am local time. Digital editions of the game (Standard and Deluxe) will be available via the PS Store. However, the Jotnar Edition, which is a physical package, will be available via selected partners and via PlayStation Direct. When Sony reveals more details we will update the article.

When it comes to pricing, Sony hasn’t yet shared details regarding the cost of each edition. We are fairly certain that the Standard Edition will cost $69.99 for the PS5 and $59.99 for the PS4 version of the game. But, when it comes to the Jotnar Edition, we can only speculate. The Regalla Edition of Horizon Forbidden West, which was the most expensive one, was priced at $259.99. Thus, our estimation is that the God of War Jotnar Edition will cost somewhere between 260 and 300 dollars.

What are your expectations? How much do you think it will cost? Tell us in the comments!

What is Included in God of War Ragnarok Jotnar Edition Content?

The GoW Ragnarok Jotnar Edition is the biggest and the most expensive edition of the game. Thus, it comes filled to the brim with awesome content. The whole edition comes in a Knowledge Keeper’s Shrine box, and it contains the following items:

In addition to these physical goodies, players who purchase the Jotnar Edition will also receive a host of digital items, as listed below: 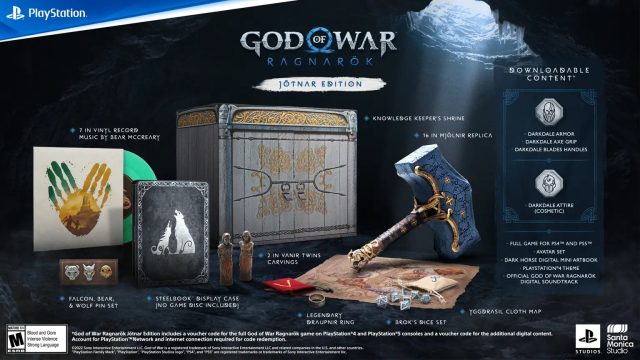