God of War has been one of my favorite franchises when I was younger. It was the perfect power fantasy at the time. So, when news broke of a new God of War, I couldn’t wait for it to come out. Now, after 30+ hours in the game, which was enough to finish the main story, I’m ready to share my final verdict with you guys. If you’ve read my Review in Progress, you will know that I wasn’t too impressed initially. So, has the game managed to change my mind? Short answer; yes, it very much did. I have come to like this game a lot. Long answer? Let’s dive in.

There were several aspects of the new God of War that initially attracted my attention. First off, the new setting in ancient Scandinavia. I’m a huge nerd for all things Norse, so I couldn’t wait to see the alternate interpretations that the series is famous for. And, wouldn’t you know it, they did an amazing job. They’ve reinterpreted some figures from Norse mythology in extremely fresh ways. Second was the new interpretation of Kratos. He still has his incredible powers, but he’s old, and it shows, both physically and mentally. His strength wasn’t what it was before. More interestingly, he’s trying to control and hide his rage, and even offer a more peaceful solution here and there. Lastly, his son, Atreus. He is an excellent addition in more ways than one. For example, he’s a ton of fun in combat. You can develop him into a veritable meat grinder. More importantly, though, this finally gives Kratos a tangible emotional grounding. Atreus helps develop Kratos from a blood-drunk monster to a redeemable anti-hero, and it’s done masterfully. In fact, the whole story is told masterfully, even though it does take a while to gain steam. It has some cool twists and turns that legit caught me by surprise. 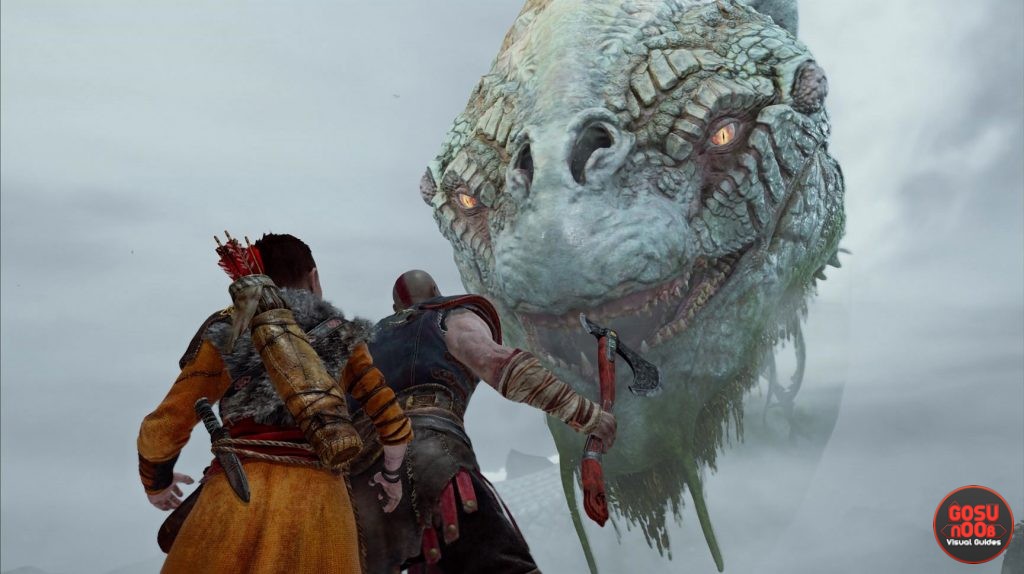 As for the overall visual and audio presentation, I mostly stand by what I said before. The game looks absolutely stunning. From the amount of detail to the character and environmental designs, the devs did an excellent job. Not all of the designs work too well, but most of them work fantastically. The voice acting is excellent all around, from the main characters to the comic relief. In fact, one side character made me laugh every time he appeared on screen. As for the main cast, they really sold me every single line of dialogue, helped in no small manner by the meticulous facial animation. As for the music, it initially didn’t really catch my ear. However, later on in the game, in the more emotionally heavy and dramatic scenes, it swelled majestically and gave me goosebumps.

The gameplay has always been one of the main draws of God of War, as shallow as it might have seemed. The main drive is, of course, the combat. Combat in the new God of War has gone through some changes, though it still manages to feel comfortably familiar. Since the camera is close behind you, you don’t have that good of a view of the battlefield as before. Therefore, the combat is a little slower now, but by no means less interesting, quite the contrary; the combat is now much deeper and better fleshed-out. In fact, you have to be on your guard much more, and sometimes stop to think your fights through. You can still mash the attack buttons, but that won’t get you far. Atreus also adds an interesting new dimension with his arrows. He can distract enemies, even stun them and leave them open to attack. There’s a bunch of different combos and attacks that you can unlock, just like before. Admittedly, they weren’t as fun to me, and the combat could get a little repetitive, but still, it’s fun stuff. As for the QTEs, they’re almost completely gone, other than a few sequences here and there, especially towards the end. I can’t go much into the boss battles, but trust me, some of them are truly awesome. Enemies in general are not too varied, but it’s a decent selection. I do have a feeling that they could’ve done even more with different creatures from Norse myths, but that’s a nitpick. 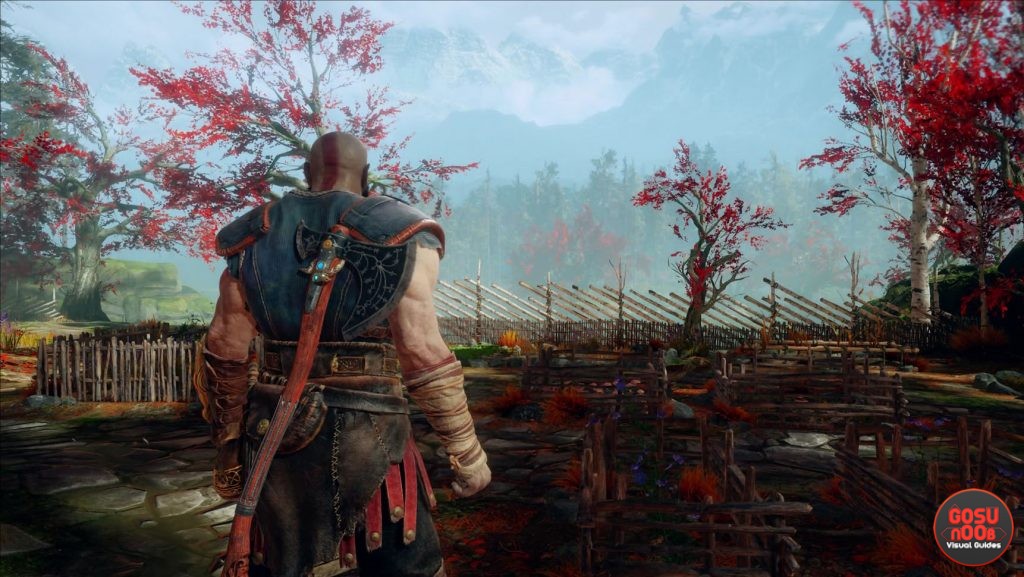 There’s a large number of areas that you can explore in this game, some of which are optional. However, the new God of War is not a true open world. Once you reach an area, it’s always a series of corridors to explore. There’s a lot of side “hallways”, sure, but the area you can explore is always limited. That’s not necessarily a bad thing, of course; it’s easier to keep tabs on where you’ve been that way. It’s basically like the old God of War games, just on a much bigger scale. That goes for the collectibles, too; dear God, there are so many of them. So many, in fact, that it started to wear on me, especially when I learned that finding them doesn’t mean much besides XP and money. There’s also side quests; some of which were interesting, while others really didn’t hold my attention. Sometimes, the game’s story would return me with new powers to an area I’ve previously explored, so I always checked out what kind of new stuff I can unlock. I never felt the pull to explore beyond that, though. If that’s your cup of tea, though, you’re gonna love this game. My major problem with the exploration is that most things you find are not really important in the bigger picture. Sure, you can find great new gear, but once you find the one you like and upgrade it fully, anything new you find won’t be of much use, at least, in the story part. 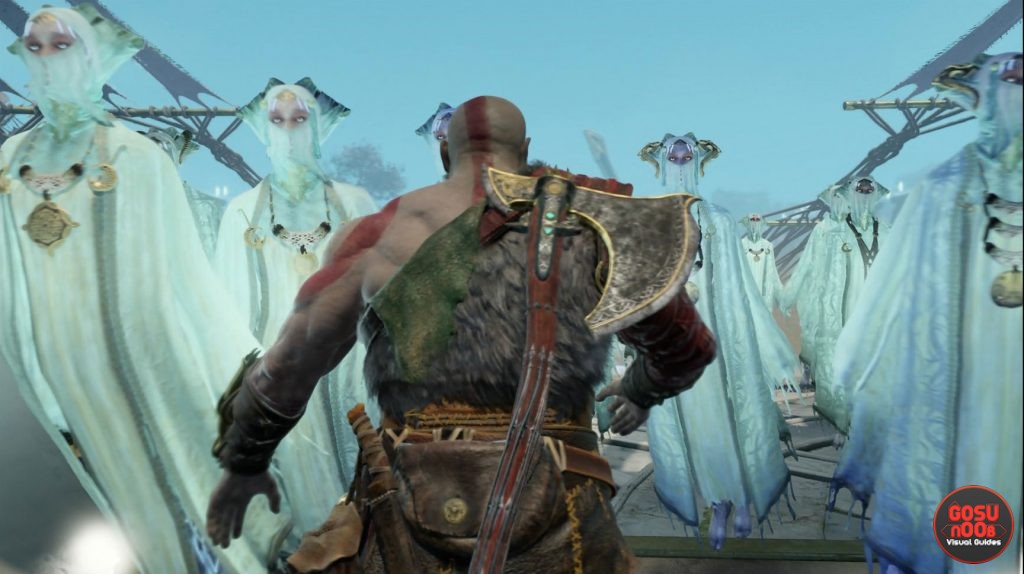 Interestingly, there is itemization in God of War now, and it plays a role in gameplay style. You’ll be finding weapon upgrades, armor sets, talismans, skills, etc that you will have to pick and choose between to match your gameplay style. Personally, I decked out the stats that would make me a beast in close-range combat, which meant I ended up as a glass cannon, but there’s many different possible builds. Itemization comes into play when you reach the endgame, which is another first for the God of War series. In the endgame, after you complete the story, everything that you haven’t explored thus far will be waiting for you. This includes extra bosses to fight, where you’ll need appropriate gear to survive, because they can get really damn difficult. This is where you’ll have to explore, do side quests, and so on, in order to grind out the best possible equipment. Also, the endgame is where all the game’s systems tie together. It doesn’t bear much importance as far as the main story goes, but it does offer much more of the game for you to play, especially if you want additional challenge. 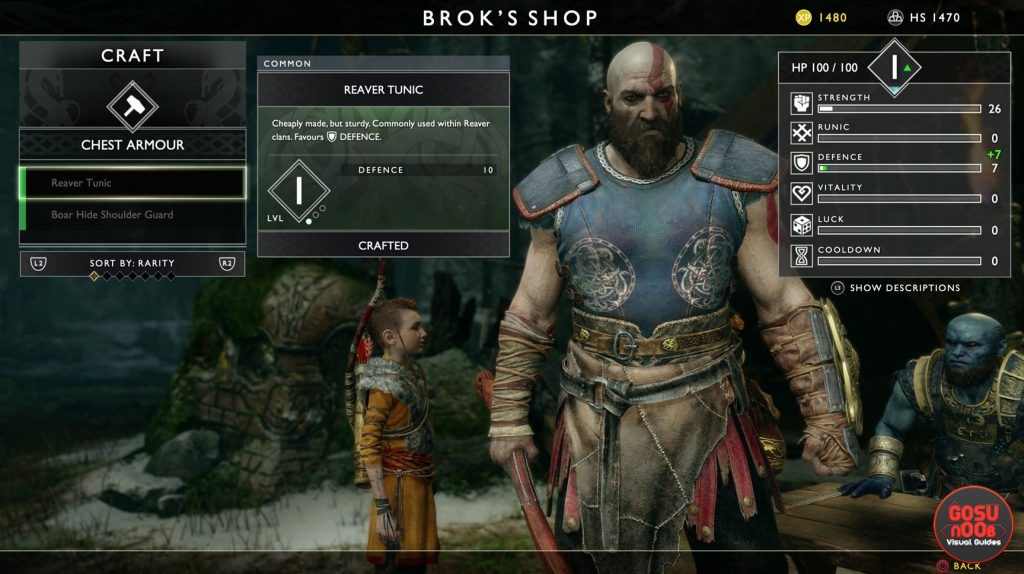 Lastly, the puzzles. God of War puzzles have never really been very hard, but some of them could get kinda creative. The same goes for the new God of War. The puzzles range from pretty easy to mid-difficult. I never got a true head-scratcher. That being said, some of the puzzles could get really annoying; specifically, some of the chests locked with runes. Yes, I’m still salty about those timed bell-hitting puzzles, I’m never letting that go. However, some of the puzzles that I had to solve to progress through the story were creative, and demanded I use several different abilities. Once or twice, I had to stop and think about what I should do. Overall, I liked most of them.

All of that said, though I was having trouble staying engaged for about the first half or so of the game. This part is pretty exploration-heavy, and the story develops very slowly. There’s a lot of things you find, but can’t access, because you’re lacking a necessary powerup. It kept me going for the first ten hours, but I started slowly losing interest. I found myself completely forgoing the exploration to try and finally get the ball rolling. And then, a thing happened. I’ll avoid spoilers, but from that moment on, the game’s scope narrowed into a laser point. It became full-on God of War. Exploration was minimal (but still fruitful), puzzles became more complex and interesting, even the combat picked up and became more engaging, with more enemy variety. The environments were also more compelling and memorable. There were several setpieces that left quite an impression on me. Plus, the plot really switched into gear, with several truly well-executed emotional moments. The game kept its own charm compared to the previous games, but it also felt wonderfully familiar. I mean, even my interest in exploring came back. I was having a blast. The game finally had me well and truly hooked. 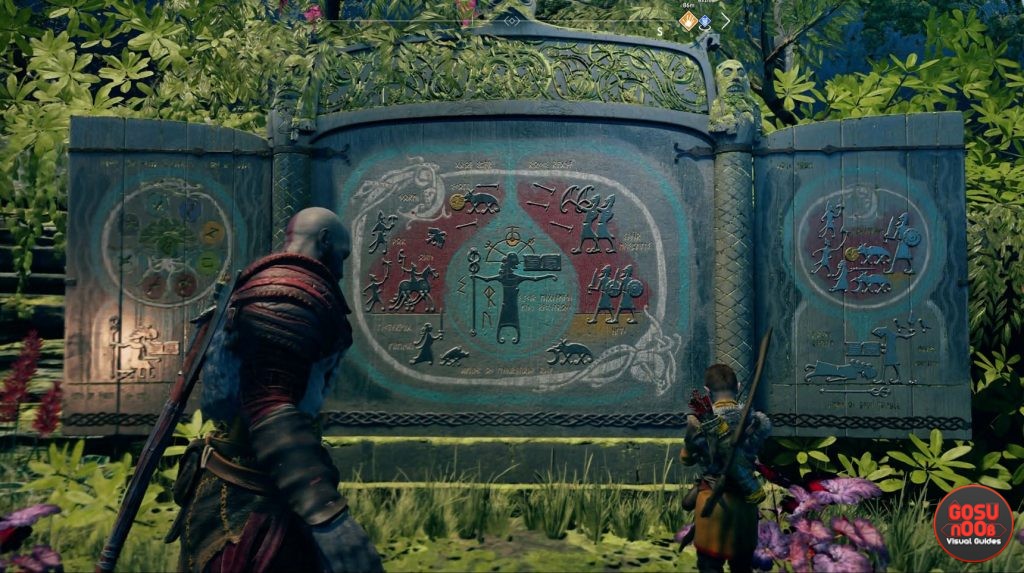 Around that point, a theory began to form in my head. If this was truly what the developers had in mind, then the developers are truly brilliant. Here’s the thing. The first, say, half of the game is a more open game than before, and then, by the end, it railroads the player much more with an engaging plot and switched-up gameplay. This is what I think was the idea: They wanted to draw in players of more modern franchises (such as, for example, Uncharted), and slowly turn the tables on them to introduce them to what God of War is all about. It’s like a Venus flytrap to bring God of War into the modern age of gaming. Well-played, Sony Santa Monica, well-played. 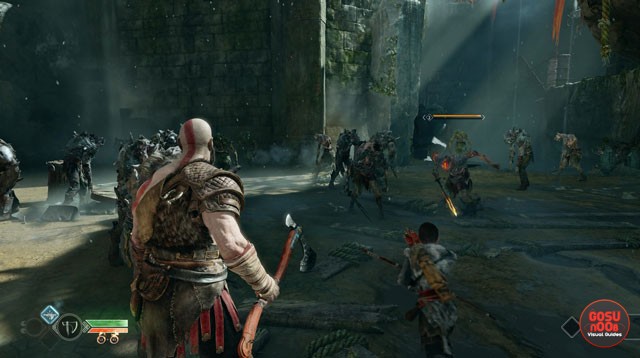 So, where does that leave us? To me, the game started off as a bit of a slog and collection-fest that wasn’t particularly interesting. However, I have a strong feeling that a lot of people are going to enjoy that aspect, even if it doesn’t really tie into the bigger picture. If you like that kind of gameplay, then God of War absolutely has you covered. On the other hand, later in the game, it turns into an immensely satisfying, high-octane slaughterfest with fun puzzles, reminiscent of the previous games in the series. It absolutely redeemed itself greatly in my eyes. As it turns out, God of War 2018 actually has a little something for everybody to enjoy. It’s well-worth anybody’s money; I greatly recommend it to both new players and seasoned God of War fans.