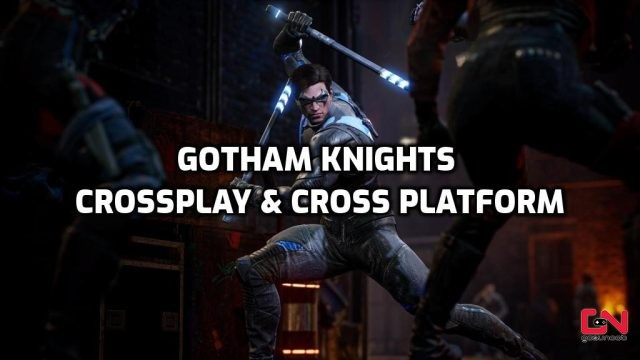 Is there Gotham Knights Crossplay and Cross Platform Between PS5, Xbox & PC?

Before we jump to crossplay, just a quick reminder that PS4 and Xbox One versions of the game were, unfortunately, cancelled. That’s right, this is one of the few current-gen-only games. That means that you will only be able to play it on PC (via Steam or Epic Games Store), PlayStation 5, and Xbox Series X/S. Sorry for the bad news, old-gen gamers. Now that we know this, let’s see what we know about Gotham Knights crossplay support.

Let’s not beat around the bush here, as we have more bad news. No, Gotham Knights doesn’t feature cross-platform support, to the best of our knowledge. WB Games Montreal, the game’s developer, has never officially commented on this feature, but the game’s official FAQ page clarifies that “cross-play support is not planned at this time”.

It’s a rather disappointing thing that the game will not support crossplay, as it seems that the most fun will be playing Gotham Knights in two or four-player co-op with friends. And not will everyone own the game on the same platform. If you own a PS5, and your friend plays on a PC, you will not be able to play together. Hopefully, the “at this time” part might indicate that they will add cross-platform support at a later date. For now, at launch, there’s no Gotham Knights crossplay support.