GTA Online Expanded And Enhanced has finally arrived, but many players are currently unable to play the next-gen GTA Online. That’s because GTA Online is being stuck at an infinite black screen. If you are experiencing a black screen when migrating your character from PS4 and Xbox One to PS5 and Xbox Series X/S, you are not alone. Here’s what we know about it and if it can be fixed. 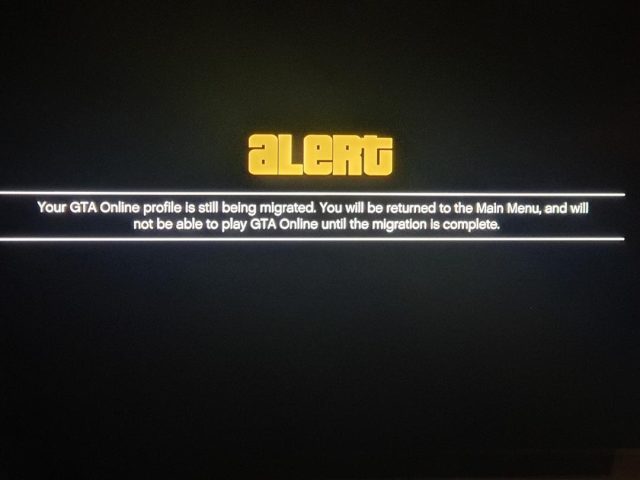 The next-gen GTA Online has finally arrived, to the delight of tens of millions of players worldwide. Rockstar Games will allow all players to migrate their GTA Online characters from their PS4 and Xbox One game versions to the PS5 and Xbox Series X/S. The process is not exactly straightforward and that’s why many players are cautious, as they want to do it properly. And while many players carefully followed all the necessary steps, it still resulted in GTA Online black screen after migrating a character. Naturally, this has terrified many players as they don’t want to lose all their progress due to some bug or network issue.

Players would start GTA Online Expanded And Enhanced. The cutscene will ensue, and upon selecting to migrate the character the black screen will appear. If this has happened to you what should you do? The good news is that you didn’t make any mistakes. The problem is on the server’s side. GTA Online servers are currently being overloaded with an influx of players rushing to try the next-gen GTA Online. This has resulted in slow servers. Try to restart the game a few times. You might receive a black screen again, or you can get a message stating that your account is currently still migrating. And that’s a good sign. The only reason you are getting a black screen is that your GTA Online character is not yet fully transferred. So, just be patient and wait for the game to fully migrate your GTA Online character to the next-gen consoles.