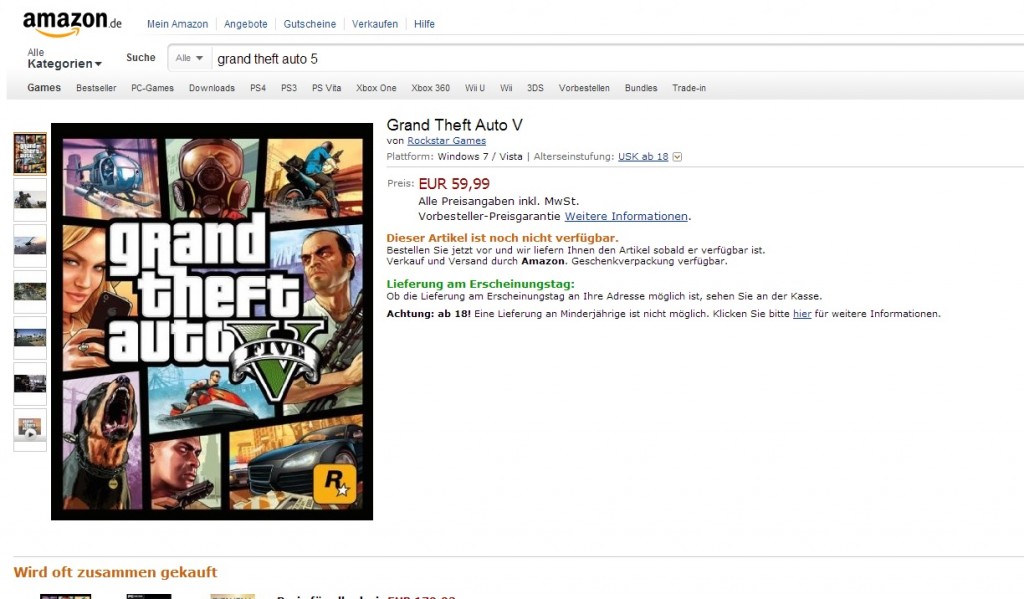 PC version of the Grand Theft Auto V was listed on Amazon… Again! French and German Amazon posted the same listing, offering a pre-order for the GTA V for Windows platform, but since then French page was removed. However, it can still be seen on German Amazon, as it remained online despite the obvious mistake.

PC owners have the reason to be excited, considering the fact that this isn’t the first time for Amazon.fr to leak release dates for several games (console version of GTA V, Black Ops II to name the few), all before public announcements by developers.

Some sources claim that GTA V PC version will released on March 31, 2014, six months after the console release. In that case, that would be 2 months less than what PC owners had to wait for Grand Theft Auto IV.

Take Two Interactive will hold press conference on February 3, to announce their third quarter earnings, so if the game is really set to release on the mentioned date, that’s when the GTA V PC will be most likely officially announced.

NEXT POSTTitanfall Beta confirmed for PC and Xbox One