GTA 5 fans will be happy to hear that, starting today, Rockstar games celebrates Anniversary Weekend. Celebrating 10 years since the launch of San Andreas, the players will be gifted with double RP and double GTA $. The promotion features a 50% discount on BMX bikes, bandanas, green clothing, a 25% discount on vehicle suspension mods and other accessories. The anniversary weekend ends on Sunday, 26th of October. 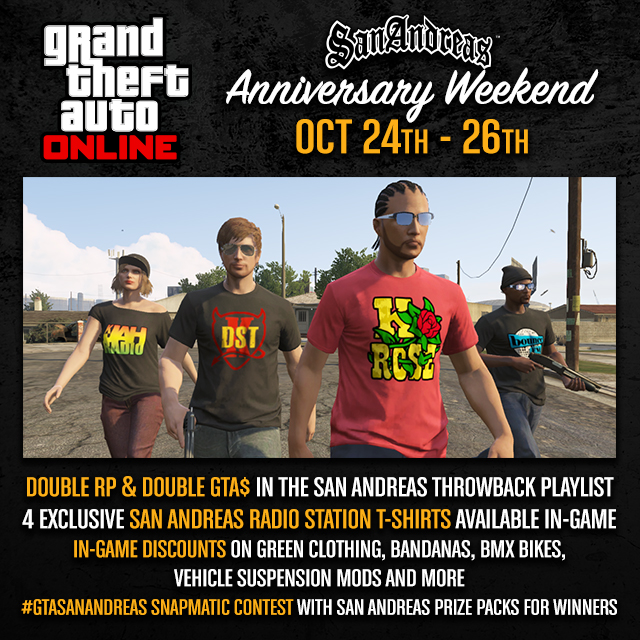 We’ve recently covered a story about fake GTA V beta websites, where Rockstar games made official statement that there won’t be any pre-release beta testing for PS4 or Xbox One platforms.

NEXT POSTHeist missions, Treasure hunts and more in AC Unity