It’s the holiday season, and many games are receiving holiday and winter-themed updates. Adopt Me is one such game, and its Christmas update is set to arrive very soon. As usual, it will bring many new things such as new pets into the game. In this Adopt Me Christmas Update Release Time & Date 2021 guide, we will be taking a look at all the things this update has in store for players, as well as the exact time and date when it will release. 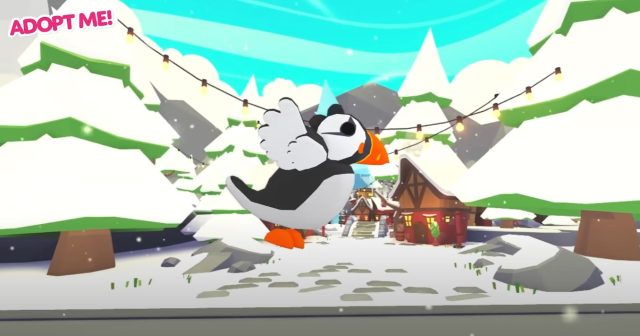 When is the Adopt Me Christmas Update Release Time & Date

The latest Adopt Me update is set to release on December 1st, 2021, at 8AM PT / 11AM ET / 4PM GMT. Of course, there’s always the chance that this will be postponed if some technical reasons arise in the meantime, but if that does happen, the developers are sure to let us know about it over on the game’s official Twitter page. Though, since previous updates have gone over smoothly, odds are good that this one, too, will proceed without a hitch. With that said, let’s see what this new update will bring to the game.

What’s Part of the Adopt Me Christmas Update

This Christmas update will bring all sorts of new things to the game. This includes 8 new pets as well as three minigames. The pets that have been confirmed so far include the Puffin, Husky, Walrus, and Ice Golem. The Walrus is available from the Walrus box, which has a 70% chance for a “regular” Walrus, a 26% chance to get a Summer Walrus, and a 4% chance for a Golden Walrus. The Ice Golem is going to be a Premium Pet. A cat that is probably a snow leopard or some similar large feline has also been spotted in the trailer, so it, too, will most likely make an appearance.