Not sure how do Private Matches work in Apex Legends? You’ve come to the right place! Four years after the game’s release, Apex Legends players are finally getting a long-awaited feature to create their private games and set up tournaments. This guide explains how to create and join custom games in Apex Legends. 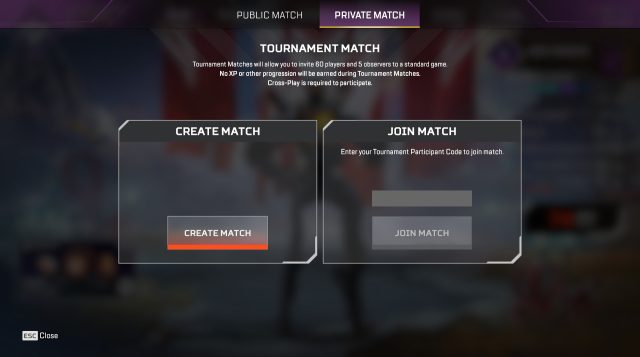 How do Private Matches work in Apex Legends?

How to Create a Private Match in Apex Legends and Join Custom Lobby?

Since the release of Apex Legends in 2019, players and organizations worldwide have hoped for a feature that would allow them to host their own tournaments. It sounds strange, but one of the most popular multiplayer shooters in the world didn’t have the option to create a custom lobby until now. However, things are changing with the Spellbound Collection event. Apex Legends Private Matches are finally here, bringing many new possibilities to host tournaments or simply have fun with a large group of friends. So, how to create or join a private lobby in Apex Legends?

It turns out that the process is quite easy. You can select the “Private Match” option via the game mode select button. Switch to the Private Match tab, and you will be presented with an option to create or join a match. You can see how that menu looks in our featured image above. If you want to create your own lobby, simply press the “Create Match” button.

If you want to join a match, you’ll need to have a unique Tournament Participation Code, which you will need to enter before pressing “Join Match”. This code should be provided to you by a tournament organizer or a person whose lobby you want to join. Players who host private matches can invite up to 60 players and 5 observers to their lobby. We will share more details once Respawn releases their FAQs, as they have previously announced.