The open beta of Battlefield 2042 release date and potential early access have been the subject of a lot of interest among the player base. After all, it is “customary” to have a beta in games like these, but EA has been surprisingly taciturn about it. So, when is the beta going to come out, and how can you get into it early? Well, we’ll be sharing everything we know so far in our Battlefield 2042 Open Beta Release Date & Early Access guide.

Update: Accidentally, German YouTuber PietSmiet revealed the start of the Battlefield 2042 Beta on his twitter account when he shared his streaming calendar for this week. After this leak it is possible that the previous rumors are correct- and the beta will be available during this weekend. Unfortunately, there is no official announcement that will confirm this speculation. Another leak came from an Italian retailer Media World who announced that if you buy the game before September 3rd, you’ll have access to open beta from September 6th until September 11th. 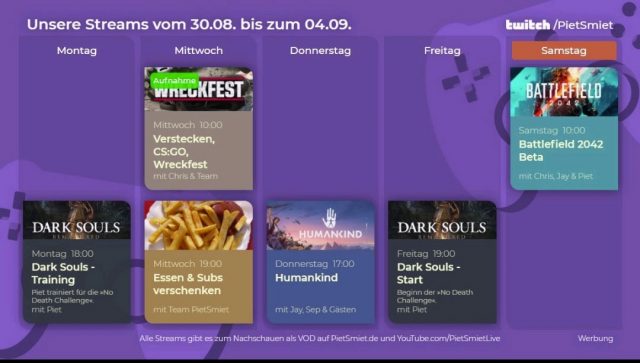 The release date of the Battlefield 2042 open beta has not been announced yet, as of writing this article. The only thing we know for certain is that the developers have confirmed that there will be some sort of beta in September, but so far, there’s been not even a whisper of when exactly. Of course, we’ll be sure to update this guide and let you know as soon as more info comes out. That said, we do already know how you can get into the beta early, and it’s as EA as it can get: you have to pay up front for little more than promises of the future. Enough of me waxing poetic, let’s get into the meat of it.

On top of that, if you have EA Play, you’ll get a ten-hour trial of Battlefield 2042 on October 15th, aka a week before launch. Also, you can sign on to be a tester in the upcoming Technical Playtest. You can sign up for that by following this link. Mind you, only one thousand people will be selected to participate, and I doubt you’ll get to see much of the game, but hey, it could be neat.