Looking for the best weapons in COD Mobile Season 9 2022 meta? The new season, called Zombies Are Back, is here! COD Mobile Season 9 is all about zombies and Halloween, but in competitive multiplayer, you want to make sure that your enemies will stay dead. And for that, you will need to use only the best meta guns currently available. In this guide, we outline what are the best guns in Call of Duty: Mobile Season 9 (2022), including the best assault rifle, best SMG, best shotgun, best sniper, and best LMG. 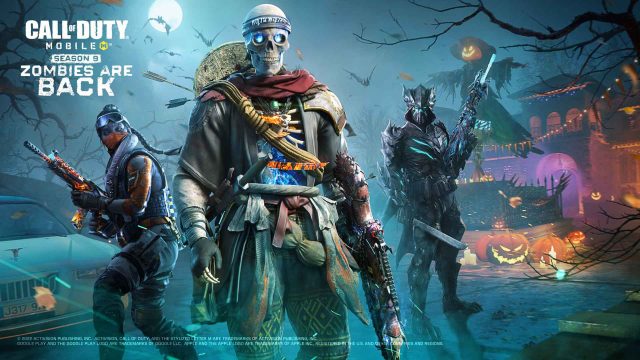 Before we jump to our list, we should point out a few facts. This list was based on our previous experience with the game, the Season 9 balance changes, and the general state of the meta. We’ve conducted extensive testing and introduce our tier list based on that. Nevertheless, this is an opinion piece, and as such, the list is not set in stone. The meta constantly shifts, and the quality of a weapon depends on many factors. This includes a player’s personal preferences as well. With that said, let’s jump right into our list of top meta guns for COD Mobile Season 9.

The AK47 reigns victorious for the second season in a row, and rightfully so. The rifle is known for its devastating damage and absurd bullet velocity. However, that’s counterbalanced by its highly unpredictable recoil, which makes this AR one of the most difficult to handle in the game. Thus, it is one of those guns loved by high-skilled players. Those who are capable of taming the beast and harnessing its raw power. No doubt it’s a high-risk high-reward gun, but those who dare win.

Moving forward, for this season, we have the PP19 Bizon back on the top. The PP19 Bizon is considered not only to be a great SMG but one of the best all-around weapons in COD Mobile. Its rate of fire is fairly modest for an SMG, but it makes up for it with superb controllability, mobility, and its huge magazine size. This makes it extremely reliable in prolonged close-quarter exchanges, which is what you want to do with an SMG.

No changes here, the Rytec AMR remains the best choice in Season 9. It delivers high and deadly power while being reasonably accurate. It even has a surprisingly fast rate of fire for its class. However, this semi-automatic sniper rifle suffers from strong recoil, which hinders your aiming and slows you down in general. Nonetheless, proper attachments can reduce this recoil, but your mobility and ADS speed will suffer a bit. A sacrifice which is well worth the weapon’s insane damage if you ask us.

When it comes to LMGs, we are switching back to the Holger 26 this season. This is a solid LMG which can 3-shot enemies in close range. On top of that, it has a fairly low recoil for its class, with almost nonexistent vertical recoil, and slight right-to-left horizontal recoil. As expected, it also boasts a lightning-fast fire rate. However, what makes it stand out in its class is its range. All this combined makes for a versatile LMG which can engage for distance and slowly approach targets while continuously showering them with bullets.

This season we want to try something new in the shotgun class. The R9-0 offers a balanced middle ground between a semi-auto and pump-action shotgun. Thus, you will still have that satisfying gameplay of blasting people into smithereens, while being able to fire faster than with a pump-action shotgun. This makes it a safer choice, as you alleviate the usual pressure of needing to hit the target or you are dead. It does come with less raw power as an offset, so keep that in mind.