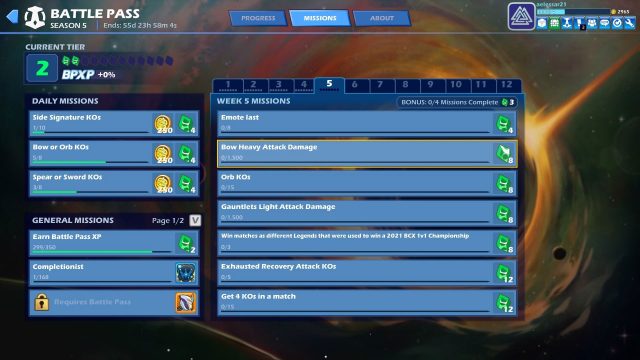 To learn about the BCX 2v2 Championship weekly challenge, check out our Brawlhalla BCX – Legends Used to Win 2021 BCX 2v2 Championship guide. BCX 1v1 championship has been going on for several years. Brawlhalla esports tournaments are in their seventh year currently. The latest finals took place in both EU and NA. In both regions the most used hero was Bodvara . Both Swata and Sire used Bodvara. Power Ranger used Brynna, while Kylar Alice won the match with Jhalu.

Brawlhalla winter championship took place this year from January 28th to February 6th with a prize pool of $100,000. If you came across additional legends that can’t be used please leave a comment below. Once again, here’s a TL;DR answer to who are Brawlhalla 2021 BCX 1v1 Championship Legends.