Are you not sure how to move Scar’s house in Disney Dreamlight Valley? The long-awaited Scar’s Kingdom update for Disney Dreamlight Valley is finally here! And, of course, the big star of the update is the grumpy lion himself – Scar! His home is a huge skull in the Sunlit Plateau area, which was there even before his arrival. However, before the update players were able to move Scar’s house around. After the update, you can’t reposition Scar’s home anymore. In our guide, we explain why you can’t move Scar’s home and if this is a bug or a new feature. 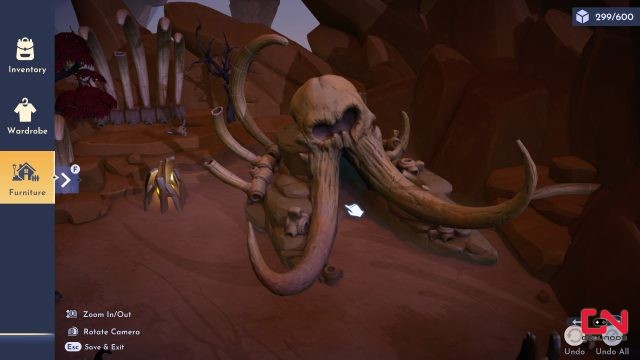 How to move Scar’s Home in Disney Dreamlight Valley?

The Disney Dreamlight Valley Scar’s Kingdom update is now live, featuring a host of new activities, quests, recipes, ravens, and much more. And, of course, Scar himself! The cantankerous lion has settled in a humongous skull dominating the Sunlit Plateau area. And while that was what many players expected, what was not expected it the change regarding its mobility. As of the update, you can’t move Scar’s home anymore.

Namely, before the update, players were able to freely use the Furniture menu to move the skull around as they see fit. This was used mostly so that players can grab items which fall on otherwise unreachable spots. Unfortunately, that’s not possible anymore to do. And this is already causing issues for numerous players. Reddit user Nekorena reports about him moving the house prior to the update. This has now resulted in him not being able to enter the mine, as the entrance is blocked by Scar’s house, which can’t be moved anymore.

Other players are having problems reaching various chests and other items around Scar’s house, which are now blocked by the permanently settled skull. At the time of writing, developers haven’t confirmed if the “Can’t Move Scar’s Home” situation is a bug or an intended change. For now, that’s all we know. However, we will make sure to update the article as soon as we have more information. If you know any workarounds to bypass this issue, share them with us in the comment section!

Not sure how to get Red Algae in Disney Dreamlight Valley? We’ve got you covered!…

The TFT Set 8 release date and time is coming close, and there’ll be a…

It’s not always fun and games when running the Sugar Gnomes’ Holiday Cake Shop. This…