One of the greatest science-fiction series of all time, Dune has been adapted to numerous movies, TV shows, comic books, and video games. The last one is particularly important for all Real-Time Strategy lovers, as Dune II is regarded as the game that popularized this genre. And, now that the newest Dune game, titled Dune: Spice Wars, is out, players are excited to once again return to the sand planet Arrakis. However, DSW plays differently from past Dune games. Because of this, questions about how to do certain things, such as how to create a Refinery in Dune Spice Wars, arise. In this guide, we will explain everything you need to know about how to set up a Refinery in DSW. 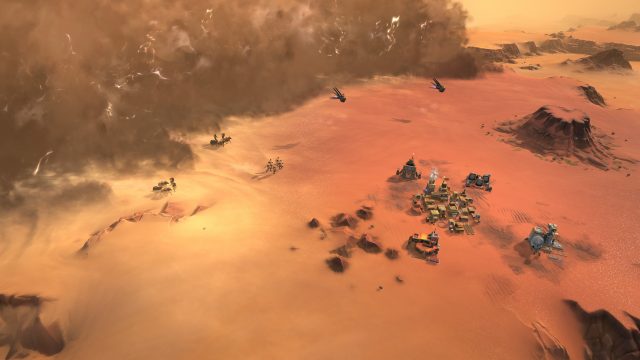 How to Build Refinery in Dune Spice Wars

As you no doubt already know, Spice (often called Melange) is the most important resource in Dune’s setting. Used for space travel, increasing the user’s lifespan, and giving them greater awareness, there is only one place in the known universe where this drug is produced. This planet is none other than Dune. Because of this, a large part of Dune: Spice War’s gameplay will revolve around acquiring as much Spice as you can. Though, before you can do that, you will first need to build a Refinery that is going to, well, refine the Spice so that it can be used by humans.

To do this, start by looking for Spice Fields. These are indicated by purple icons on the map. Next, use an Ornithopter to scout around the Spice Field you want to exploit. You will discover a village there. Your next objective is to take over the village. Once you have done that, you will get the “Take Control” option. This requires that you have sufficient Water and Authority. After that, you can finally create a Refinery. Once it finishes being built, you can then deploy a Harvester that will extract the Spice from the nearby Spice Field for you. Just be careful that these don’t get swallowed up by Sandworms.