Dislyte is an urban fantasy RPG in which you control a party of Espers. These Espers have all sorts of paranormal abilities, including powers such as energy blasts, healing, and many more. Of course, since Dislyte is an online game, it is open to many of the same problems that affect most of these games. For example, players have recently been getting a very nasty Error Code 1002, which informs them that the Update Check has Failed. This causes them to be stuck in an unsuccessful update loop, without being able to play the game. But is there any sort of fix for this Update Check Failed Dislyte Error Code 1002? That’s what we’re here to find out. 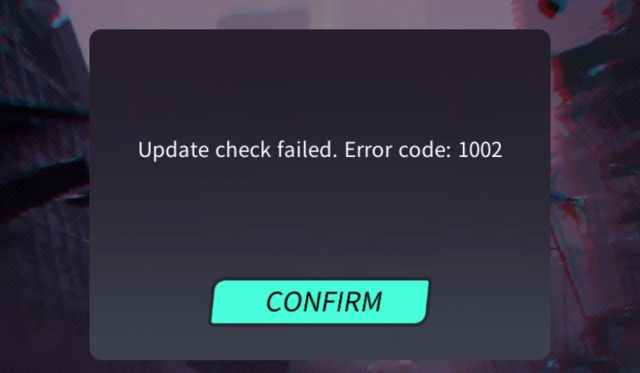 Players have started getting this Error Code 1002 after the latest patch to the game – v3.0.1 – was recently released. For many players, the game is attempting to update, fails this process, and it then attempts to update again. This causes it to enter an update loop in which it is constantly attempting and failing to update the game to its latest version. So, is there any way to fix this error? Well, here are a couple of things you can try.

The first method you can attempt is to try to update the game while using a VPN (Virtual Private Network). Several players have reported that this allowed them to successfully update the game without getting the error. Another thing that has apparently helped is to uninstall the game, restart your device, and then reinstall the game again. Of course, you should only do this at your own risk, as there’s no guarantee that your game’s progress will be saved. As it stands now, we are waiting for the developers to see if there is going to be a hotfix for this Error Code 1002 anytime soon. In the meantime, if you have any methods of how to fix this error, please share it with us in the comments below.