Divine Knockout is a recently-released third-person platform fighter. Like its name suggests, in DKO you take on the role of a mythical divine being. Of course, just like in the actual myths that inspired these characters, not all of them are equal in power. Naturally, using the right one can mean the difference between victory or defeat. As such, you will want to know which of these characters are the most powerful, and which ones are the least effective in battle. In this Divine Knockout Tier List, we’re going to rank all of the DKO characters in the game according to their power levels. 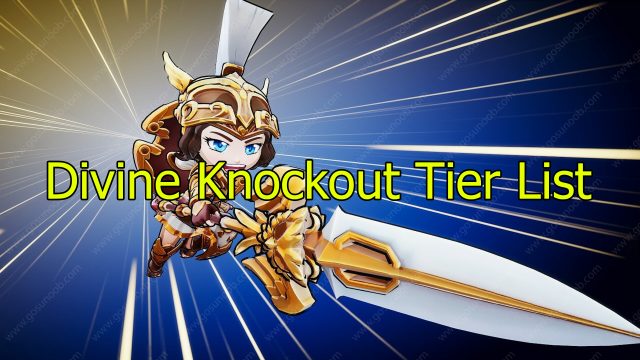 Currently, there are ten characters in DKO. These are: Amaterasu, Athena, Hercules, Izanami, King Arthur, Sol, Susano, Thanatos, Thor, and Ymir. The devs have said that they plan on adding more, but as of right now, these are the only ones in the game. So, before we get into the rankings themselves, a couple of things we need to note. Firstly, there are bound to be changes to the game, as it has only just been released a short while ago. This means characters are likely to be buffed or nerfed in future updates. Secondly, this is only our objective opinion. If you prefer a certain character and rank them higher – or lower – than us, feel free to share your opinion as to why that is in the comments below.

We are going to rank all of the characters from S to C tier. S tier, of course, being the most powerful, and C tier being the least powerful. And now, without further ado, let’s see the Tier list: