Fall Guys proved that not every Battle Royale game needs to be about shooting. Featuring an array of fun (and funny) mini-games for up to 60 players to compete in, Fall Guys was an immediate success upon release. It’s been almost two years since it first came out, and Fall Guys is heading to a new stage of its game life – that of a free-to-play title. Yes, that’s right, Fall Guys is going to become free very soon. Fall Guys will be free on Xbox, Switch, Epic Games, and the PS, and here is the release date and time when this is going to happen. 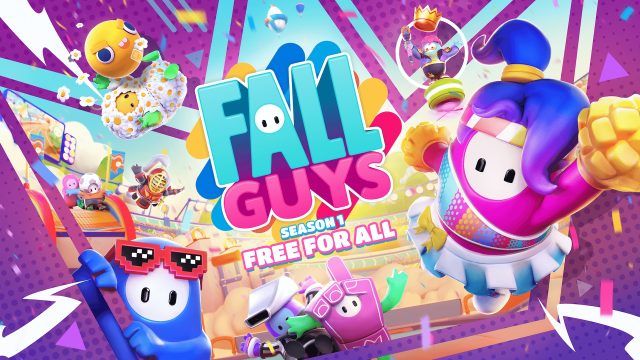 When is Fall Guys Coming to Xbox, Switch, Epic Games, and PlayStation for Free

Fall Guys is going free-to-play on Xbox, Switch, Epic Games, and PlayStation this Tuesday, June 21st, 2022, at 04 AM PT / 07 AM ET / 12 PM BST. Titled Season 1: Free For All, this is the first time that the game is going to be available on the Switch and Xbox. Fall Guys is also no longer going to be sold on Steam (though you will still be able to play it if you purchased it there), and is moving over to Epic Games instead. We have a separate guide that explains how cross-play and cross-progression is going to work in this new iteration of Fall Guys.

If you have already purchased the game – not to worry, since the developers have some extra goodies for you as well. For everyone that has bought the game before it went F2P, you will be eligible for the Legacy Pack. Here’s what it’s going to contain: a nickname, nameplate, the Regal costume, the Veggie Dog costume, the Feisty Dwarf costume, and a Season Pass for Season 1: Free For All. Make sure that you have logged into the game at least once (before it goes free) so that you will be able to claim all of these rewards.

NEXT POSTHow to Get Dragonite Pokemon GO 2022