Like previous entries in the series, Xenoblade Chronicles 3 is also filled with many characters. Some of these will oppose you throughout the game, while others will join you and help you. Zeon falls somewhere in the middle – while he is initially an enemy, you can make him into a friend and have him join your team as a fellow Hero. Of course, you need to first know what you need to do here in order to unlock him. In this guide, we’re going to answer the question of how to get Zeon in Xenoblade Chronicles 3. 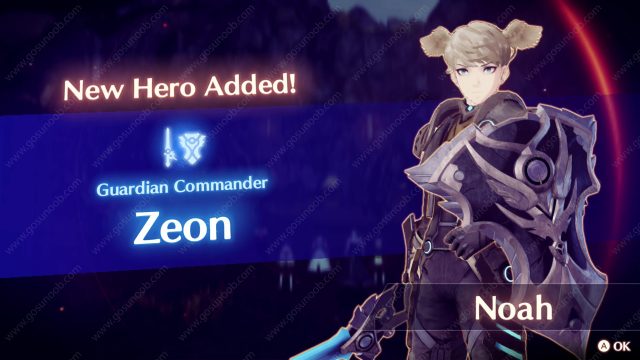 How to Unlock Zeon in Xenoblade Chronicles 3

To begin with, you first need to complete the Main Quest in Chapter 2, “The Kind Right Hand” and recruit Valdi. Shortly after that, you will receive a Hero quest titled “Where the heart is”. It’s advisable that you are at least Level 25 before you take on this quest. The next step is to travel to Colony 9. Don’t fast travel directly there, but instead to the landmark south of it. Once you are there, approach this landmark and a cutscene will begin. This is where you will meet Zeon.

He will attack you and once you reduce his health to about half, he will end the fight. Go back to Colony 9 and speak with Zeon there. He will ask for your help. Leave Colony 9 and head northwest towards Everblight Plain until you get to the quest marker there. Another fight will ensue. After that, head back to Colony 9 and prepare for a difficult fight there. Once you defeat Moebius B, you will then unlock Zeon as a Hero in Xenoblade Chronicles 3. He is a Guardian Commander, which is a Defender class. When using his Talent Art, he can protect allies around him. His Chain Art is Deflector Form. All of this makes him a great tank Hero.

NEXT POSTHow to Unlock Melia in Xenoblade Chronicles 3