Initially released in 2020, Godfall is an action RPG that recently got updated to Godfall: Ultimate Edition. A previous Epic exclusive, this new edition saw it being released on Steam as well. Back when it was first released, there were several Shift codes that players could use to get some in-game cosmetics. Now, it appears that these Godfall Shift codes are not working on Steam. Is there anything you can do about this issue? In this guide, we are going to list out these codes, explain how this code redeeming process works, and take a look at whether or not they work on the Steam version of the game. 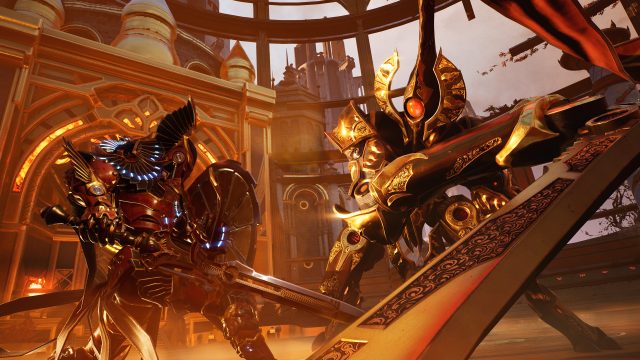 There are two Shift codes that Godfall players can redeem to get access to cosmetics. These are:

Here’s a step-by-step explanation on how you can redeem these codes:

Currently, it seems like there is a problem with getting these codes to work on the Steam version of the game. This doesn’t seem to have affected the Epic version, which still allows you to redeem the codes very easily. We hope that developers Counterplay Games will soon fix this problem and that Steam players will likewise be able to redeem these codes. They are most likely aware of this problem, so keep an eye out on their official Twitter account for any further updates regarding this.

NEXT POSTHow to Get Glenn Chrono Cross