Chrono Cross The Radical Dreamers Edition has just been released to the delight of fans of this classic RPG. Almost 23 years since the original was released, a new generation of gamers will have an opportunity to enjoy a remaster on the PS4, Xbox One, PC, and the Switch. One of the features the game is known for is its diverse roster of playable characters. Throughout your adventures as Serge, you will be able to unlock 45 unique characters to join your team. One particularly sought-after character is Glenn. This guide will explain how to recruit Glenn step-by-step, including should you save the kid or not. 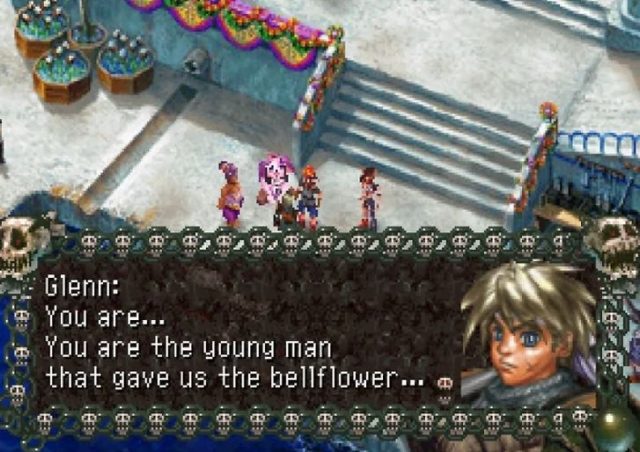 How to Recruit Glenn Chrono Cross The Radical Dreamers Edition

Glenn, who is a member of the Acacia Dragoons and the brother of Dario, is one of the most powerful characters you will be able to unlock in Chrono Cross. But a number of players are not sure how to recruit this character. In fact, there is a series of prerequisites players need to do in order for Glenn to join your roster. This is not clearly communicated in the game. Worry not, as we are here to explain what you need to do.

The most important thing is not to help the kid. You need to refuse to get the Hydra Humour. Now go back to the entrance to Termina, where you first met Glenn. Glenn will be there, having a conversation with a flower lady. Wait for them to finish the conversation and then return to the boat. Upon stepping on the boat, Glenn will appear and ask if it’s ok to join you.

Just accept it, and that’s it! You have now successfully recruited Glenn in Chrono Cross. Important note: You must listen to the conversation between Glenn and the flower lady to the end. If you fail to do so, Glenn will not ask you to share a ride on the boat. This will result in you being permanently locked out of recruiting Glenn.