Now when Google Stadia is shutting down, you are probably wondering if you will be able to use your Stadia Controller wirelessly on other platforms, such as PC, Playstation, Xbox, or the Nintendo Switch. The writings on the wall of Stadia’s demise were there since the beginning, but now it has finally happened. Google’s cloud streaming is closing for good. If there’s a silver lining to this, is that Google offers full refunds for all your purchases, both digital and physical. And this includes a refund for the Stadia controller. And the best part? You get to keep it! In our guide, we explain how to use the Google Stadia controller on Playstation, Xbox, Switch, and PC. 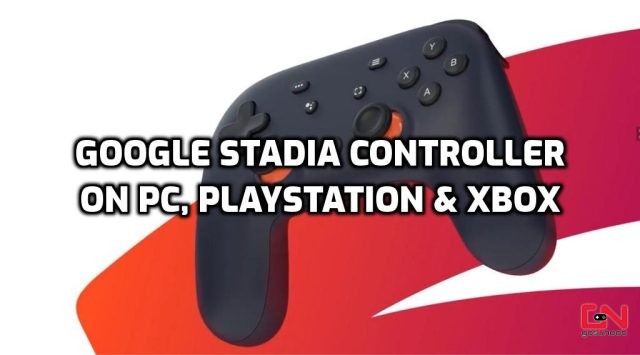 How to Use Google Stadia Controller Wirelessly on PC, PlayStation, Xbox, Switch

As we’ve mentioned in the introduction, Google offers full refunds for all your purchases via Google Store. Not only that, but you will get to keep your Stadia Controller. Many gamers who have used the controller find it to be exceptional, with ergonomic design and overall great feel. Thus, you probably want to keep using it even after Stadia’s death, which will occur on January 18th, 2023.

Reddit user Neither_Appearance_7 has created a tool called “Stadia Wireless” which enables you to use your Stadia controller wirelessly “not just with Stadia, but with any game”. For now, that’s the only method that we know of for using the Google Stadia controller wirelessly with other platforms. Nonetheless, you can still use it on any platform when connected via USB.

Hopefully, Google will eventually enable the controller’s built-in Bluetooth connection to be used on all platforms. This is something you can request yourself by sending feedback. Just click on your Stadia profile, go to “feedback” and write your desire for them to enable Bluetooth and make the controller open source. Oh, and one final note, if you plan on using your Google Stadia controller with the Nintendo Switch, don’t waste your money on the Mayflash Magic NS adapter. It doesn’t work with it.

PREVIOUS POSTTerraria Shimmer Liquid, How to Get & Use