Are you unable to choose Tavern Pass Level 100 Hero Skin in Hearthstone? You should know that you are not the only person with this infuriating problem. Since its introduction back in November 2020, the Tavern Pass Rewards Track has been a central place for players to collect rewards, both cosmetics and cards. And when it comes to cosmetics, various hero skins (Hero Portrait) are by far the most popular ones. Read on as we explain why you can’t choose your Level 100 Hero Portrait reward in Hearthstone Murder at Castle Nathria Tavern Pass. 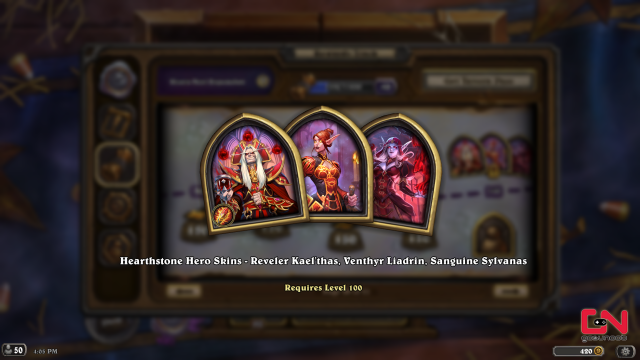 Added in the Madness at the Darkmoon Faire patch, Hearthstone’s Tavern Pass consist of free and premium Reward Tracks. Both have nice rewards, but the purchasable Tavern Pass offers premium Hero skins, as well as golden epic and legendary cards from the current expansion, and more. The maximum level of the regular Tavern Pass is Level 100. That’s where you choose one of the base hero skins from the free Rewards Track. And between one of the three special Hero Skins on the premium side of the Rewards Track. Unfortunately, some players are having issues claiming their Murder at Castle Nathria Tavern Pass Level 100 Hero Portrait Skins.

Let’s not beat around the bush here – there’s currently no solution for the Tavern Pass Level 100 Hero Portrait bug. It is a bug which first appeared in the Murder at Castle Nathria Tavern Pass, and it is reported by many players over at the official forums and Hearthstone subreddit. It happens on both mobile and PC versions of the game. Restarting the game or logging in and out will not help here. The only silver lining is that the developers are well aware of this problem. In most recent patch notes, they said this about the problem:

“The team is aware that some players are unable to claim the Hero Skin at the end of the Rewards Track. The issue is expected to be fixed in Patch 25.0 when players will be prompted to make their Hero Skin selection upon login,” reads the 24.6 known issues post. Thus, we will likely have to wait for Patch 25.0 (early December) to solve the Level 100 Hero Portrait bug. 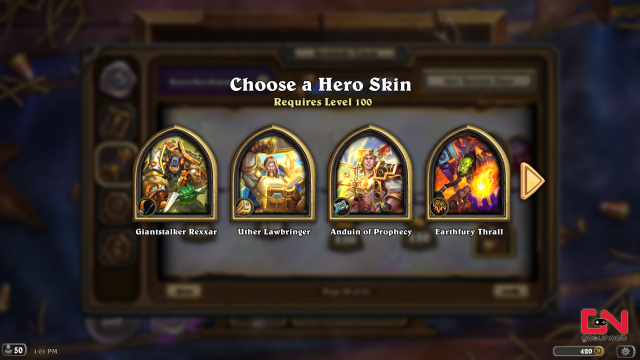