With the recent release of the second Sonic the Hedgehog movie, it was only a matter of time before an official Sonic Roblox game was also released. And, while there were dozens of Sonic Roblox games throughout the years, Sonic Speed Simulator is something else entirely. A collaboration between Sega (the rights holders to the Sonic brand) and Gamefam Studios (a well-known Roblox developer responsible for Roblox titles such as All Star Tower Defense and Twilight Daycare), Sonic Speed Simulator is already poised to become one of the most popular Roblox games of all time. Of course, if you have just started playing it, then you will want to know how to get Sonic in Sonic Speed Simulator Roblox. We’re here to explain how this is done. 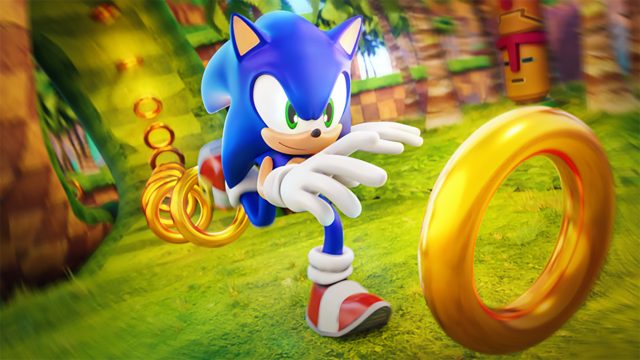 How to Unlock Sonic in Roblox Sonic Speed Simulator

Of course, getting to play as Sonic is a big part of enjoying games such as these. To be able to play as him, you will first need to find Sonic’s location in Sonic Speed Simulator. The first thing you need to do is to go and start the game. Luckily, the full version has been released, so you no longer need to pay for it. Also, you can now play it on both mobile devices and consoles, not just the PC.

After you spawn in the game, look for an area there that has a big railing. A small blue robot will inform you that the Sonic Card is up there. This isn’t that hard to do, since there is a big grassy loop next to it. However, you will need to be at least Level 25 so that you can accumulate enough speed for this. When you have done that, jump off the loop at the right moment to get to the railing. Then go to the Sonic Card to pick it up. You have now unlocked Sonic. To switch over to him, go to the Character Menu in the lower screen and select Sonic. Congratz, you are now able to play Sonic Speed Simulator as the titular Sonic the Hedgehog character.