If you’ve ever seen them in action, you will probably want to know how to unlock golden guns in Overwatch 2. With the global release of OW2, an army of new players has joined the popular hero-based shooter. And now, when the game is free-to-play, the big focus is on cosmetics and microtransactions. Loot boxes are gone, and the only way to obtain skins now is either via the Battle Pass system or through the in-game shop. But what about the OW2 golden guns? In our guide, we explain how to get golden weapons in Overwatch 2. 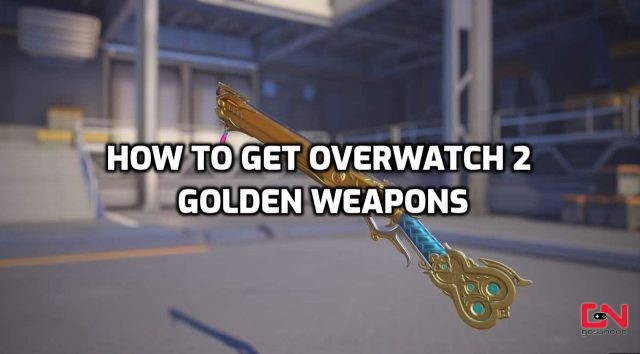 How to Get Golden Guns in Overwatch 2

Overwatch 2 golden guns are some of the rarest and most exclusive skins in OW2. Overwatch usually only offers skins for heroes, not for individual guns. However, these gold-plated armaments are an exception. And they are not easy to get. Unlike all other skins in the game, these can not be obtained with real money. Rather, you will need to grind through competitive ranked mode in order to earn a special currency called Competitive Points. You can then use these Competitive Points to unlock golden guns for each hero in Overwatch 2. Unlocking golden guns per hero will cost you around 3000 CP. In order for you to get the picture of how much that actually is, here’s the amount of Competitive Points you’ll earn based on your rank at the end of a season:

Each Overwatch 2 season runs for nine weeks. Thus, as you can see, you will need to grind through several seasons in order to unlock just a single hero with golden weapons in OW2, let alone several of them. Only the absolute best players on a server, the top 500 grandmasters, will be able to reliably unlock one OW2 golden gun per season. So there you have it, that’s all you need to know about unlocking these prestige, yet extremely hard-to-get guns.