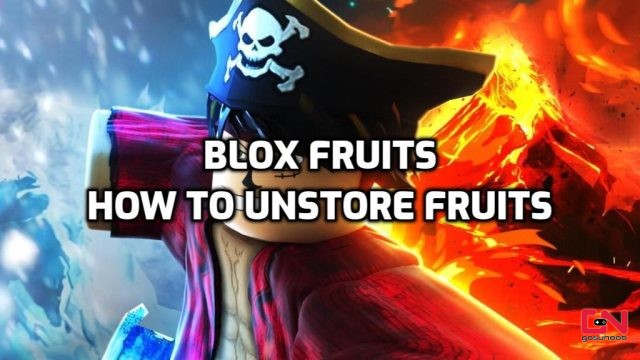 Why can’t you unstore fruits in Blox Fruits?

Blox Fruits How to Unstore Fruits

So, how to discard stored fruits in Blox Fruits? Since the most recent update, a huge number of players reported this bug where they can not remove stored fruits from inventory. Is this really a bug or actually an intended change by developers? Despite a vast majority of players thinking that this is a glitch, it actually turns out this is an intended new “feature” by developers. A YouTuber that goes by the name Diwwy the Noob has contacted the developer to ask about this.

And the explanation he got is that from now on, you can only unstore in the Second Sea or the Third Sea. But not in the First Sea. The Second Sea can only be accessed by reaching level 700 in the First Sea and completing the military detective’s quest at Prison. Thus, players who haven’t completed these requirements will be unable to unstore fruits. So there you have it. That’s why you can’t unstore fruits in Blox Fruits. It’s because you are trying to do that in the First Sea, that’s now not possible. This change is probably going to be a permanent one going forward. Thus, if you want to remove fruits from your inventory, you will need to reach the Second Sea.

The news that Dead Space, the hit horror game from 2008., is getting a next-gen…

If you want a shiny Greninja in Pokemon Scarlet and Violet, you will have to…

Like previous entries in the series, FE Engage has many characters for you to play…