The Roblox game A Universal Time AUT allows its players to trade amongst themselves, but many are unsure about how to do this. Since this involves a lot of commands that the players need to know, and because there is a rule of conduct that they will have to adhere to (though many, unfortunately, don’t), this process isn’t as easy as it would first appear. Luckily, our How to Trade in A Universal Time AUT – Roblox guide will explain everything you need to know about trading in AUT. 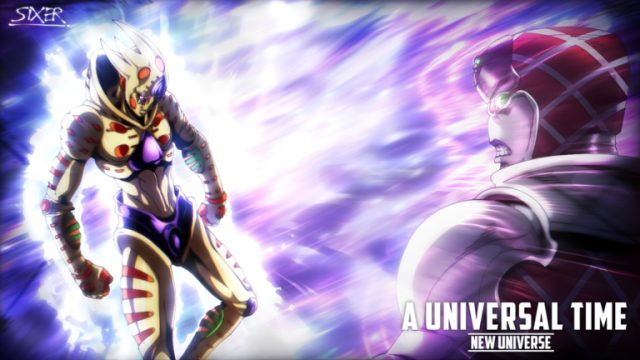 How to Trade in AUT – Roblox

To begin with, approach the player that you would like to trade with. Next, type !trade playername. Of course, substitute the playername for the actual name of the player in question. Also, note that you need to have the Trading/Vs option enabled in your settings to be allowed to trade. The stand/spec that you currently have equipped will be sent to the player as your offer. Likewise, the item that the player you want to trade with has equipped will be offered to trade. Next, you will have around 15 seconds for both of you to accept – or decline – each other’s offers. Once both players have accepted the trade, the trade will be concluded and you will have successfully traded for each other’s items.

Of course, it has to be pointed out that you should never trade with shady players. If a player is offering items that are too high or too low in value, you shouldn’t deal with them. Players such as these could be attempting to scam you. If you come across players such as these, the best course of action is to decline their offers and to report them. And that’s how to trade in A Universal Time AUT – Roblox. As you can see, while there are a couple of things you have to be aware of, all in all, it isn’t that difficult.

NEXT POSTHow to Eat Sushi – No More Heroes 3