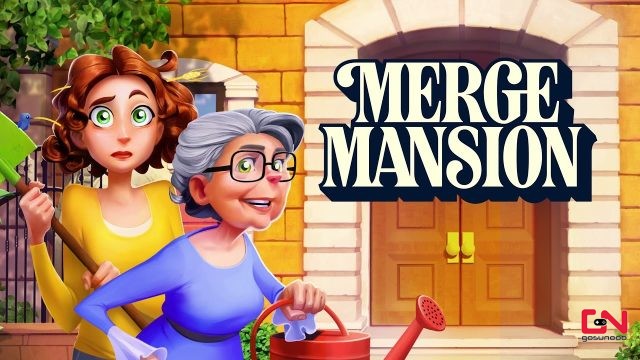 If you can not load Merge Mansion after the most recent update, you should know that you are not the only person with this issue. Unfortunately, it is a fairly common problem whenever there’s a new update. Before we jump to other possible solutions, the first thing you should do is simply wait. Some players report being stuck on 2-19% after the new update, but the game eventually loaded. And they were able to play. So, first, try to give the game some time to load properly for the first time after the update.

If that doesn’t work, try restarting the game a couple of times. If you are still encountering problems with Merge Mansion Stuck at the loading screen, then try restarting your device. Ultimately, a number of players report that uninstalling and reinstalling Merge Mansion will fix the issue. However, before you do this READ THIS WARNING! This could potentially lose all your progress if you don’t have a cloud save via Facebook or Apple.

Thus, be sure to take a screenshot of your home page, garage, and inventory. And, connect your game to either Facebook or Apple. If you uninstall and reinstall the game before this, you will lose all your progress. With that in mind, the best thing you can do if you are encountering the “Merge Mansion Stuck at Loading Screen” issue, is to contanct support and explain your problem.