Naraka: Bladepoint is a very unique Battle Royale video game. The name of the game itself is a reference to Hell in Indian religions. As such, the game is full of Asian-inspired characters, powers, weapons, and general aesthetics. Fast-paced and fun, it is played by millions of people worldwide. Recently, Naraka: Bladepoint came to consoles. Specifically, the Xbox Series X/S, with Xbox One and PS 5 to arrive at a later date. Since it is also on the Microsoft Game Pass now, many new players have a chance to try it out for the first time. It even supports cross-play between Steam and Xbox. However, currently there is a problem with Naraka Bladepoint Crossplay between Steam and Xbox with the Add Friends Bug. Is there a way to fix this? That’s what we’re here to find out. 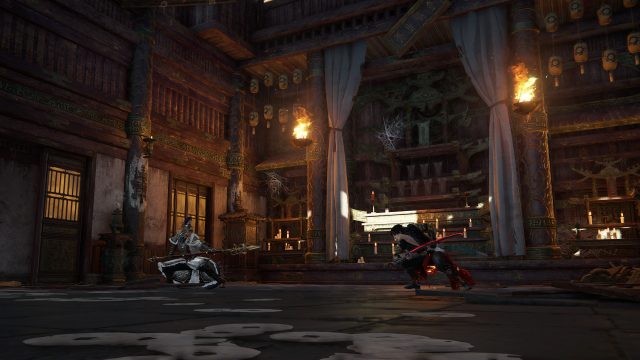 At the moment, this option is, unfortunately, bugged and it won’t work. Here’s what the developer says about it on their website: “We have been made aware of the current situation regarding social functions with other platforms, and we can only apologize for any inconvenience. Currently, Xbox users can only add other Microsoft PC users as friends and team up, but can still choose to match with users from other PC platforms. Our development team will continue to look into this issue and will provide any updates in the future.”

What this means is that, if, for example, you are playing the Steam version of the game and your friend is playing on Xbox and you want to add them – you won’t be able to. At least, not until this issue has been resolved. Though, as you can see from the developer quote above, they are aware of this bug and are hard at work trying to fix it. We can expect to see this resolved soon, hopefully in the next several days.