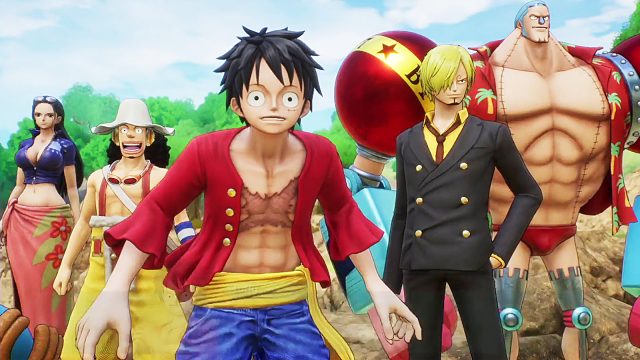 Is there the One Piece Odyssey Demo on the PC?

How to Download and Play the One Piece Odyssey Demo on PC, Xbox, PS5, & PS4

One Piece Odyssey is set to launch on Friday, January 13th, for PS4, PS5, PC, and Xbox Series X. However, if you are as excited as we are about the game, you’ll get a chance to try the game early. Namely, Bandai Namco confirmed that there is a free demo. The One Piece Odyssey demo launches on Tuesday, January 10th. And it will be available on Xbox Series X/S, PS4, and PS5. Unfortunately, the publisher confirmed that the demo will not be available on the PC.

So, how to play the demo? It’s fairly easy. Once it becomes available on January 10, 2023, all you have to do is to search for it via the PlayStation or Xbox store. Find the OPO page and select the free demo. Allow your console to download it and that’s it!

Will Save Data From One Piece Odyssey Demo Carry Over to the Full Game?

Yes! All your progress from the demo will carry over to the full version of the game whenever you decide to purchase it! Producer Katsuaki Tsuzuki confirmed this via the Producer’s Message trailer. The demo will contain the first ~2 hours of the main story. Luffy and his crew members will land on the mysterious island called Waford, where we will meet Lim and Adio. From here, players will learn more about the adventure and get familiar with basic gameplay mechanics.