Project M looks like an ambitious Valorant clone, and this mobile game recently entered its beta test phase. Mainly due to Valorant’s popularity and this mobile game seemingly looking very similar to it, fans are looking forward to seeing this game in action for themselves. Since Valorant itself is also coming to mobile phones in the foreseeable future, Project M developer NetEase may have concluded that, by employing a very similar art and playstyle, they could convince players that their game has something to do with Valorant. Of course, this is pure speculation. In any case, here is everything that we know about the Project M Valorant Beta Test. 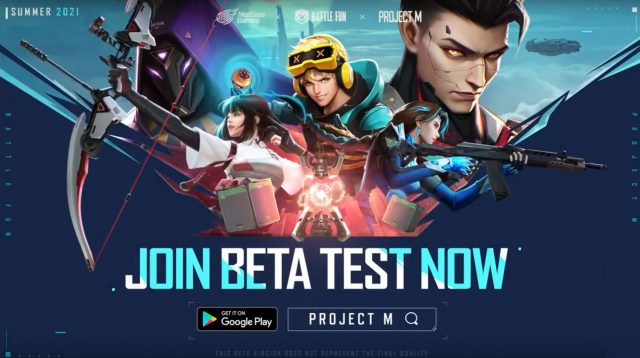 How To Join The Project M Beta Test

The closed beta test started on August 4th at 7 pm CET / 1 pm ET / 10 am PT and will last for the following two days, until 6th August at 7 pm CET / 1 pm ET / 10 am PT. Currently, only a very limited number of Android devices are able to participate in this. The test was limited to just 1000 devices. The developers wrote this on their official YT account: “We feel sorry to inform you that the number of registered users has reached 1000, and the new user registration ends now.” If you were one of the lucky thousand who managed to snag a beta test spot, you will still be able to beta test the game until August 6th.

And if you weren’t, don’t fear, not all is lost, since they are apparently planning another beta test round “in the near future.” Though, as of now, we still don’t know the exact date when beta testing will reopen. Familiar art style notwithstanding, it will certainly be interesting to see how this game fares – especially when the Valorant mobile version gets released. Of course, we will notify you when the new round of beta testing starts.

PREVIOUS POSTHow To Unlock CX-9 In Modern Warfare and Warzone