Tom Clancy’s Rainbow Six Extraction is set to release early next year. A departure from the more realistic main series, in this spin-off, instead of terrorists and other human enemies, you will be facing off against a parasitic alien race called the Archaeans. Several days ago, certain players have unexpectedly gotten emails that invited them to participate in the Rainbow Six Extraction Technical Test. Of course players that want to take part in this have had to sign an NDA, limiting how much they can talk about this, and forbidding them from taking screenshots or video material. If you are wondering how you too can participate in this, our Rainbow Six Extraction Technical Test Invites guide will tell you everything that we currently know about this Technical Test. 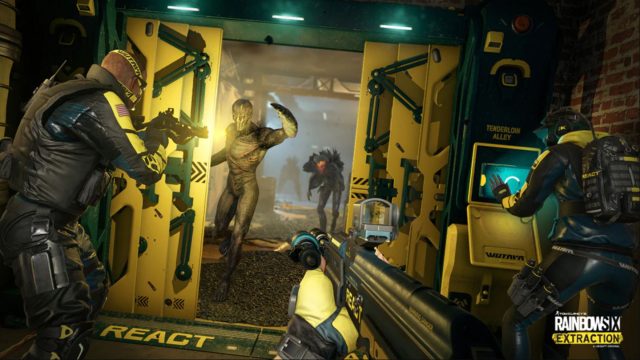 How to Get R6 Extraction Technical Test Invite

The Technical Test will take place from November 5th to November 7th 2021. Like other such tests of that type, its purpose is to test systems such as online connectivity, see if there are any large scale bugs, gauge the need for further optimization, and other things of similar nature. At the time of writing, it looks like there are no more invites being sent out. However, every person who received an email invite can themselves invite 5 other players. So, if you would like to be invited, or if you are one of the players that has gotten the invite and would like to share your invites with other players, we invite you to please leave a comment below.

Certain players have ran into the issue of their invites not working. When a friend tries to invite them using one of their invites, it would not work, and they would receive the message that they are “Already Registered”. Sadly, it appears that there is no solution to this problem that we know of. If you run into this error, all we can advise is that you try and contact Ubisoft support for further assistance.