It took me by the collar and shook the shit out of me, leaving me awestruck and with messed-up hair. Inscryption is a fantastic, one-of-a-kind game that rejects concise definability. It screws with your expectations, offering you something you never knew wanted. It is the gaming equivalent of a one-night stand in a Mardi Gras masquerade that you won’t regret in the morning.

The Cabin in the Woods 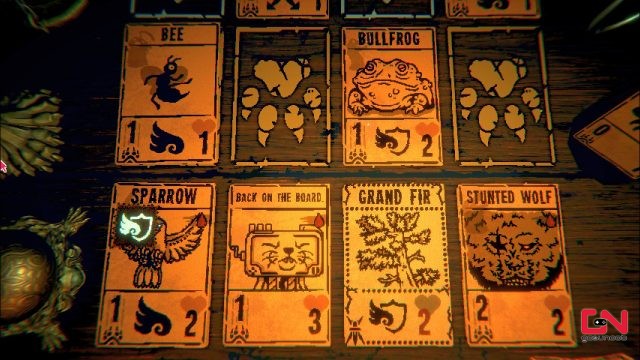 Forgive the riddlespeak, but I’m struggling to avoid the spoilers. It is also difficult to untangle the narrative and not sound like I’m describing some cheap trill fantasy. Anyhow, you, the player, are presented with the fourth-wall-breaking setup of (virtually) playing the weird retro game from the 3,5“ floppy disk you had found by “chance”. Inscryption puts you in the unfortunate shoes of a „volunteer“ that challenges the mysterious, murderous freak to the card game in his woodland cabin. Lose the game and die; Inscryption is a classic rogue-lite, which means you’ll start from scratch, but persistent unlocks will still be there. Win and, well, let’s not get ahead of ourselves.

Inscryption vaguely resembles Hearthstone, but the tug-of-war mechanics of persistent ups and downs make the game more dynamic. It is played on a 4×2 table – the bottom row is reserved for your cards, upper for your opponent’s. There is one more layer above those, allowing you to see which cards your foe will play next. The cards represent various real and fictional (mostly) woodland animals, differing in power and health, with unique ability or status on the top of base stats. You both take turns, hoping to clear the opposing row, enabling you to damage the other side. That damage is represented by scales that can shift to either direction, so the upsets and returns from the brink are the rule rather than the exception. 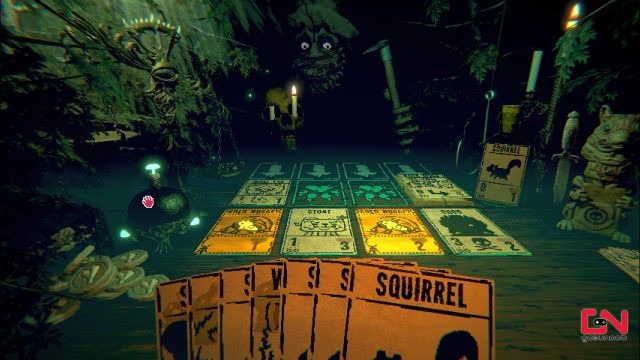 Instead of mana, you use blood or bones to play cards, with cost depending on the power of each card. Blood cards require 1-4 blood to deploy, which you get by sacrificing other cards, mostly squirrels, drawn from a separate deck that contains only them. With each friendly death, you’ll receive one bone for the pile, which, unlike blood, persists through turns. Sounds complicated? It isn’t. During the fight, you can play dirty to some extent, activating limited supply items like an emergency squirrel bottle, scissors that cut one of your opponent’s cards, or something else. Like a knife with which you remove your eye and set the scales in your favor.

Yes, really. Your eye. I also forgot to mention that you weigh the scales with teeth, a resource you also use to purchase animal pelts that you can exchange for cards with the specialized vendor. This horrific, macabre theatre is here not just for the shock value – some of its elements are essential for progress. At any time between matches, you can get up and navigate a small cabin, exploring and unlocking its hidden secrets.

Solving some puzzles will award you with a few unique cards that persist in your deck between playthroughs. Some of those cards are alive and talking, offering you advice on how to proceed but stopping short of solving the important riddles for you. Your eye, or rather, one of the replacement eyes you can put in the socket, provides the essential insight necessary for moving forward with the plot. You must think out of the box here. 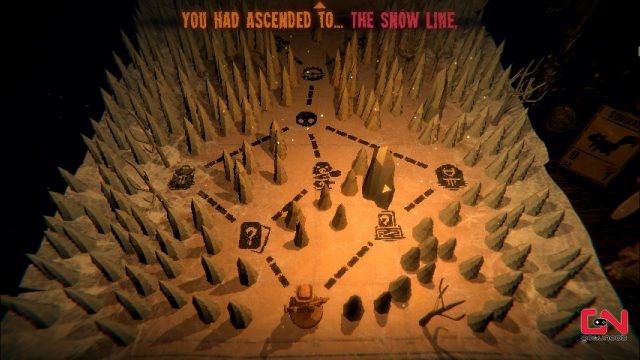 Let’s get back to card play. Your journey to eventual freedom is represented as a stroll through the woods. Each stop represents a singular event: free choice of cards, pelt/card/totem vendor interaction, card match, random card augmentation, card sacrifice for the persistent boon (like free bone at the start of every match), or something weird and not easily described. You’ll build your deck in a totally randomized fashion, but with an occasional opportunity to pick the card that goes into it, or gets sacrificed to augment others.

Totem vendor, with (ofc) randomized inventory, can supply you with heads and bases that can affect one card or even one whole category. For example, if you combine squirrel head with bunny base, you will get a totem that will deploy one extra bunny card with each deployed squirrel. What does that mean? Well, double blood sacrifice in every turn, for starters, or free blocking cards when you are overwhelmed.

Well, I know how all of this sounds, but fear not, it quickly becomes second nature. After several hours, you will get enough skill and confidence to wipe the board, defeat all three bosses and face the original freak. After you beat him, you might or might not move the story in the right direction. Read the next chapter at your peril. 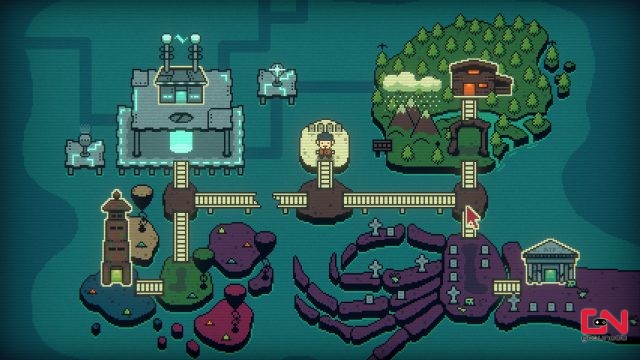 After a specific set of actions and circumstances, the game will transition to a classic pixel-art RPG similar to ancient Zeldas. This is entirely unexpected and happens when you think you finally managed to beat the last boss properly and with crucial items in your possession. That change is an intense WTF moment, rarely experienced in the often predictable world of mainstream gaming. If someone would ask me for a comparison, I would refer it to accidentally discovering the hollow tree passage to Ash Lake in Dark Souls, back in a day. Different world, hidden from view until your precise input. Wonderful. 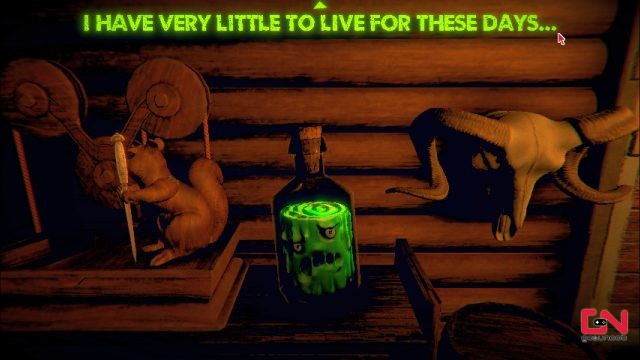 I really hope that I managed to persuade you to try Inscryption and lose yourself in the wonder and horror it leaks in spades. Unpredictable, bold, and challenging, the game enjoys screwing with the player, but in a good way. The Necromonger way. There is nothing else remotely like it out there; go for it!