Salt and Sacrifice, the long-awaited sequel of the souls-like RPG Salt and Sanctuary, is here! As one of the Marked Inquisitors, we’re tasked to purge the realm of the merciless Mages who sow chaos throughout the land. On that journey, we will hone our skills, craft powerful weapons, and explore the mysterious world full of wonders and dangers. In order to achieve all that, you’ll need to constantly level up. Here’s how levelling up works in Salt and Sacrifice. 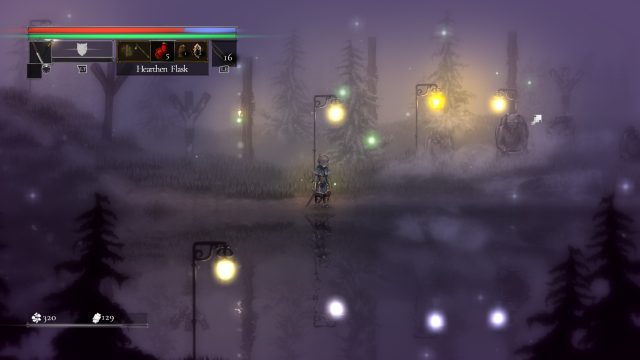 How to Level Up in Salt and Sacrifice

In Salt and Sacrifice players will need to level up their characters fast. Especially if they want to stand a chance against some of the tougher enemies later in the game. This is achieved by simply defeating your enemies and collecting salt from the fallen foes. Once you obtain enough salt, what you need to do is to turn it in in order for your character to level up. By doing this, you’ll increase their stats and make them more powerful.

You’ll always know exactly how much salt you have. This is indicated on the white bar in the lower-left corner of the screen. You will be able to level up once the bar is full. Next, what you need to do when you have enough salt is to go back to Pardoner’s Vale. Once there, you’ll need to find the shrine at the very top, which is located up the stairs west of Champion Hera. When you climb the stairs, you’ll immediately see the shrine we’re looking for. Simply interact with it, and the first option you’ll have is to exchange your salt to level up.

And that’s it, your character is now one level stronger. Keep in mind that each time you level up, your character will need to collect more salt for the next level, thus making it progressively harder to level up.