Frames-per-second are an important indicator in just about any video game. Of course, first-person shooters are a genre where FPS matters the most. After all, it’s no coincidence that both of their acronyms are the same. Being both a multiplayer and a first-person shooter game, FPS in Battlefield 2042 is one of the most important pieces of visual information that you will need to be aware of. If your FPS is low, you may experience stuttering and other such issues, which will inevitably leave you at a disadvantage compared to other players. So, you will want to have your FPS counter show, at least from time to time, in order to gauge how your game is working. Our Show FPS in Battlefield 2042 guide will explain how to turn on FPS so that you can see it in BF2042. 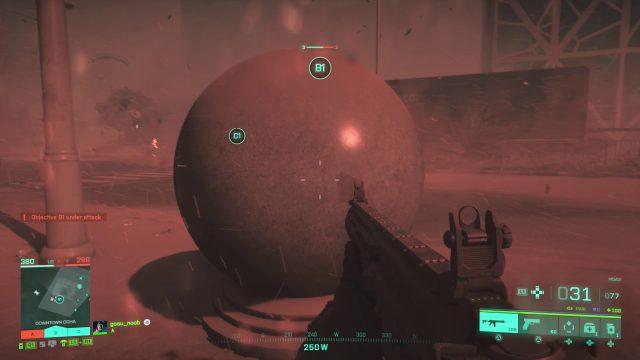 How to Show FPS in Battlefield 2042

While the jury is still out on BF2042 as a whole, one of the things that nearly every player and critic that have tried it agree on – is that it looks spectacular. The graphics are simply top-notch. Naturally, this requires a lot of tinkering around with the graphics options to get the best result. And, for that, you will need to see the FPS in Battlefield 2042. Thankfully, there are a couple of ways you can turn on FPS in BF2042.

How to Show Battlefield 2042 FPS on Origin

These methods depend on which platform you are using to run the game. If you are running it through Origin, you will need to press the tilde (~) key while in the game. This will bring out the command box. In here, type the following (without the quotation marks): “perfoverlay.drawfps 1”. Press the Enter key to confirm it. Your FPS counter will now be visible at the top of the screen.

How to Show Battlefield 2042 FPS on Steam

Regarding Steam, the process is a bit different. While playing BF2042 in Steam, press Shift + TAB. This will take you into the Steam Overlay for the game. Go into the “In-Game” tab here. There is an “In-Game FPS Counter” option. Enable it. You can also choose which corner of the screen you would prefer the FPS to be located.

PREVIOUS POSTHow to Use the Wingsuit in Battlefield 2042