Do you want to know what are the best decks for Skeleton Dragon‘s Reign of Fire and take some easy wins? The new challenge has just arrived in Clash Royale, bringing eight juicy tiers of free rewards. And while they are free, you do need to win games in order to claim them, which is not exactly the easiest thing to achieve. Luckily for you, we have a list of the best community-made decks which will help you complete the Skeleton Dragons challenge and grab all eight tiers of rewards. 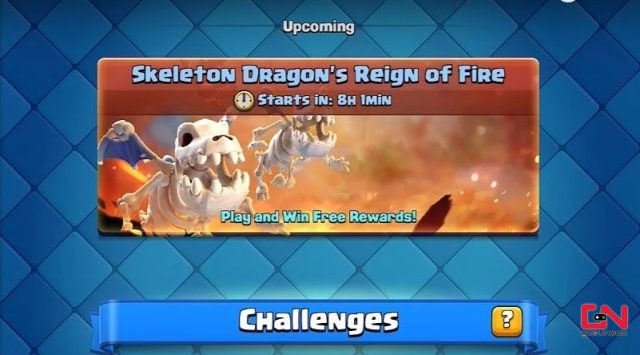 Each new Clash Royale challenge has its unique twist, and things are not different this time around. The new challenge has the titular Skeleton Dragons flying from both King Towers to spice up the battle. We’ve checked out what some of the most popular community creators think to be the best Reign of Fire deck. We think that any of the three featured decks below will work great for this challenge. However, keep in mind that only your first entry is free. If you lose three games you’ll need to pay the next time you want to try the challenge. With that in mind, for your first try pick the deck you are most comfortable playing with. With that said, here are the best Skeleton Dragons challenge decks: