Want to know where to find Stitch in Disney Dreamlight Valley? We’ve got you covered! The Missions in Uncharted Space content update, simply known as Update 2, is finally here! This time around, we’re going into the Toy Story realm to hang out with Buzz Lightyear and Woody. However, they are not the only new characters in this update! There’s a third secret guest character – Stitch! This guide provides Stitch’s location in DDV and explains how to start the Stitch quest. 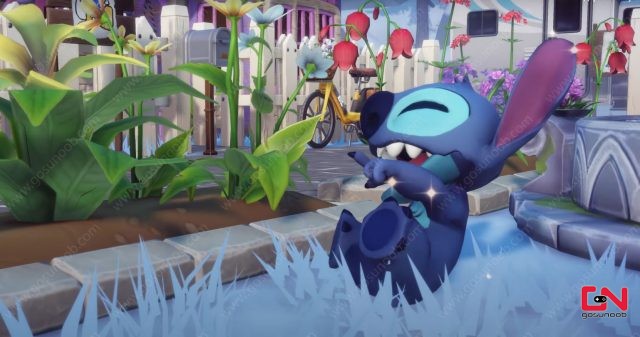 How to Unlock Stitch in Disney Dreamlight Valley?

Where to Find Stitch in Disney Dreamlight Valley

Stitch, also known as Experiment 626, is a “secret” character added in Disney Dreamlight Valley with the Missions in Uncharted Space content update. However, many players are having trouble finding him. And that’s the point! After all, you’ll have to work a bit to find it. If you’ve watched the trailer for the update closely, you’ve probably seen that Donald Duck is angry because someone has messed with his socks. And that’s what you will need to do – to unravel this mystery!

Once in the game, head to Dazzle Beach and find a wet stocking with the initial “DD” sewn into the lining. This “Slimy Stocking” item actually belongs to Donald Duck! Go talk with him about it! He’ll claim that they have been stolen! But who is this “sock thief”? Donald will mention “funny lights streaking across the sky” and a “sock-stealing UFO”.

The next part of the quest will have you look around Donald’s house for a clue about these alien thieves. You’ll find a Strange Device, and upon talking with Donald about it, you’ll learn that you will have to wait a couple of more days until another pair of socks appear in order to “match the DNA” and find out who’s this thief. Now, all that has left is waiting and finding out. Eventualy, when you complete this quest, you will unlock Stitch. Read our Mystery of the Stolen Socks guide to learn how to complete this questline.