Even though it is primarily a survival game, V Rising is pretty different from most other such titles. This is because in V Rising you play as a vampire – complete with all of the strengths and weaknesses associated with this creature of the night. You will do everything a Vampire traditionally does – feed on humans, avoid getting caught in direct sunlight, and, naturally, work to expand your vampiric might and influence. Of course, this is still a survival game at its (unbeating) heart. And, in most survival games, there usually exists a way for you to recycle your weapons and other items so that you can get back some (or all) of their crafting components. We will show you how to salvage weapons and items in V Rising right here. 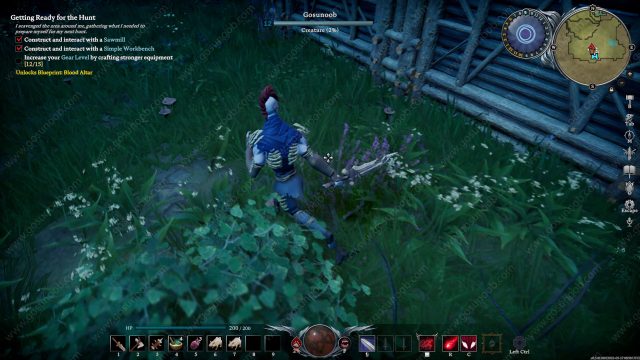 Salvaging weapons and other items can be done via the Devourer Chest. To get this chest, follow the starting questline as you normally would. Soon, you will get the “Expanding my Domain” quest. As part of this quest, one of the steps requires you to “Upgrade the Castle Heart and interact with it”. Go to your Castle’s Blood Altar and select it. Doing so will bring up a separate menu with bosses that you can track and fight. Defeating them will get you access to some advanced buildings, such as the Tannery.

The boss you are looking for here is called Lidia the Chaos Archer. Select her and choose the “Track Blood” option, which will lead you to her. Once you have defeated her, you will get the blueprint for the Devourer Chest. To build it, you will need the following materials: x12 Planks and x6 Copper Bars. Once you have created it, you can then use it to salvage the weapons and items that you no longer want to get back the components that were used to make them.

PREVIOUS POSTV Rising Putrid Rat, How to Get Rat Form