Split is one of the most popular maps in Valorant. It has been in the game ever since the closed Beta, though it is often disabled and removed from the competitive and unrated queues. This is also the case right now, with many players asking when we can expect to see the Valorant Split comeback to the game. Luckily for you, the wait is going to be over very soon, and in this article, we’re going to give the exact date of when is Split coming back in Valorant. 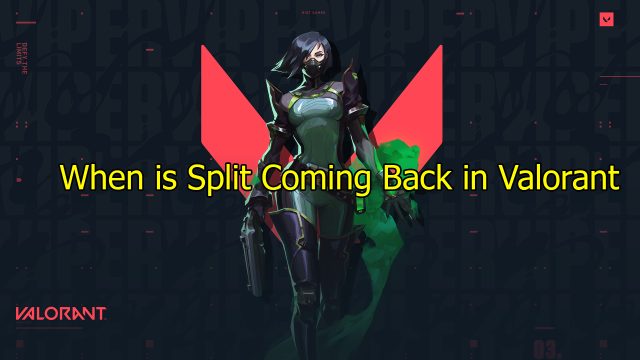 When is Split Coming Back in Valorant

When Will Split Come Back In Valorant

Split was removed from Valorant in June of 2022. This was done to coincide with the arrival of a new map into the game – Pearl. Developers Riot Games have recently announced that we are going to be able to play on Split again very soon. In fact, this is going to occur with the release of the latest Valorant patch – version 6.0. We can expect to see this patch released in January 2023, with January 10th being a likely release date. There are going to be some changes to Split, but as of right now, we still don’t know what these are going to be.

And, while this patch is going to bring back Split, it is, unfortunately, also going to remove some things from the game. Specifically, the Breeze and Bind maps. As for why that is the case, to quote Joe “Pearl Hogbash” Lansford himself: “We feel like Breeze has some room to improve in terms of Agents and team comp diversity, as well as some opportunities for simplification of the space. And for Bind, it’s mostly about strategic diversity. We’d like to open up more play around the teleporters and potentially rethink how teams execute, and defend against executes, on both sites.” In any case, the Valorant Split map is coming back very soon, and we can’t wait to play on it again.