Don’t know how to fix Xbox Error Code 0x87DD0003? We’ve got you covered! Over the last couple of months, the Xbox services, games, and apps are experiencing more issues than usual. The latest annoying problem some players face on both Xbox and PC is the 0x87DD0003 error code. A number of Xbox users have recently reported this issue. It usually appears on Xbox consoles (Xbox One, Xbox Series X/S), but you can also encounter it on a PC if you are using some Xbox services there. Here’s what we know about this problem and how it can be fixed. 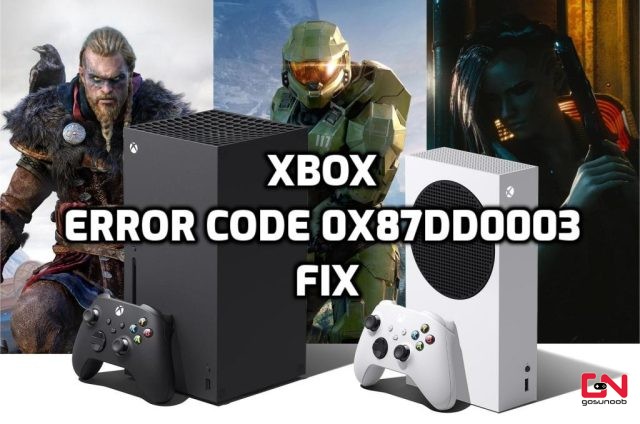 The above-mentioned error code has mostly to do with Xbox Live services, no matter if you use it on a PC or on an Xbox console. Players would try to log into their Xbox Live accounts, but the login will fail and instead, they will receive the error in question. This can occur for two reasons, either there’s an Xbox Live service outage, or you’re experiencing a connection error. For the first thing, check the Xbox Status page and see if everything is working ok. If things are green (Up and running) there, then the issue is probably on your side.

The first thing you need to check is if your Internet is working properly. See if other online features on your PC/console are working normally online. If that’s fine, try power cycling your modem/router. Turn it off, unplug it from the grid, let it sit like that for around 5 minutes, and then turn it back on. Try uninstalling the Xbox apps and then reinstalling them back. This provides you with the latest version of your apps and removes any possible corrupted files.

Some players report that removing and re-adding your accounts could also do the trick. On PC, make sure that antivirus and Windows Firewall are not interfering with your Xbox apps, and whitelist them if needed. If it still persists and you have checked that there are no server outages, then you should contact Xbox support and explain the problem. With that said, that’s about all you can do to fix Xbox Error Code 0x87DD0003.