For many Xbox Live users, Xbox Error 0x87e11838 has been quite a nuisance in recent weeks. Lately, Xbox services have been experiencing severe issues, causing players to encounter various error codes and problems while simply trying to enjoy their favourite games. If you are wondering what is Xbox Error Code 0x87e11838 and how to fix it, read on as we explain everything we know and provide you with a few possible solutions. 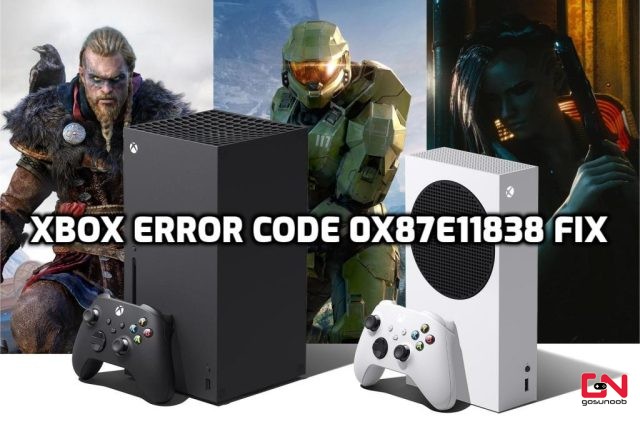 The 0x87e11838 error code is relatively new and thus there are no official details on how to fix it. The error appears when players try to launch a game on their Xbox. According to Xbox Insiders familiar with the error, it appears when a game is unable to synchronize the game data on your console with information on the servers. Thus, the root of this issue lies in problems with servers. While the official Xbox support does not provide instruction for this particular error, the problem is similar to the error code 0x838601e7, for which there is official information. So, what can you do to fix it?

Before performing other methods, the first thing you should do is to check if Xbox online services are working properly. If there is a server outage, that’s the main reason why your games, which require to be online, don’t work. Visit the Xbox Status page and see if everything is up and running smoothly. If the servers are online, then proceed with the other methods.

The next thing you should do is to make sure that your internet connection is working properly. Check out other devices and see if your internet is working. Power cycling your modem is the next thing you should do. Turn the modem or rooter off, unplug it, leave it like that for around a minute, and then turn it back on. Finally, if possible, always use an ethernet cable instead of a WiFi network.

Clear the Cache on Your Xbox Console

Sometimes the issue can stem from the cache on your console, which can cause conflicts and errors. In order to clear your console’s cache, you will need to power cycle the console. To do that, turn your console off completely. When turned off, unplug it. Leave it like that for around five minutes before turning it back on.

If none of these methods helps, and you are still experiencing the problem with the Xbox Error Code 0x87e11838, then the best thing to do is to contact Xbox Support and report your issue. The best way to do this is via the Report a Problem app on the Xbox console.