Friend Match is the option that allows you to play Gwent with your friends and acquaintances. It lets you connect to people you know and play a friendly round or two, instead of facing off against strangers all the time. The closed beta client shows the option, but most people can’t get it to work. In this guide, we’re going to show you how to play Gwent Closed Beta with friends. 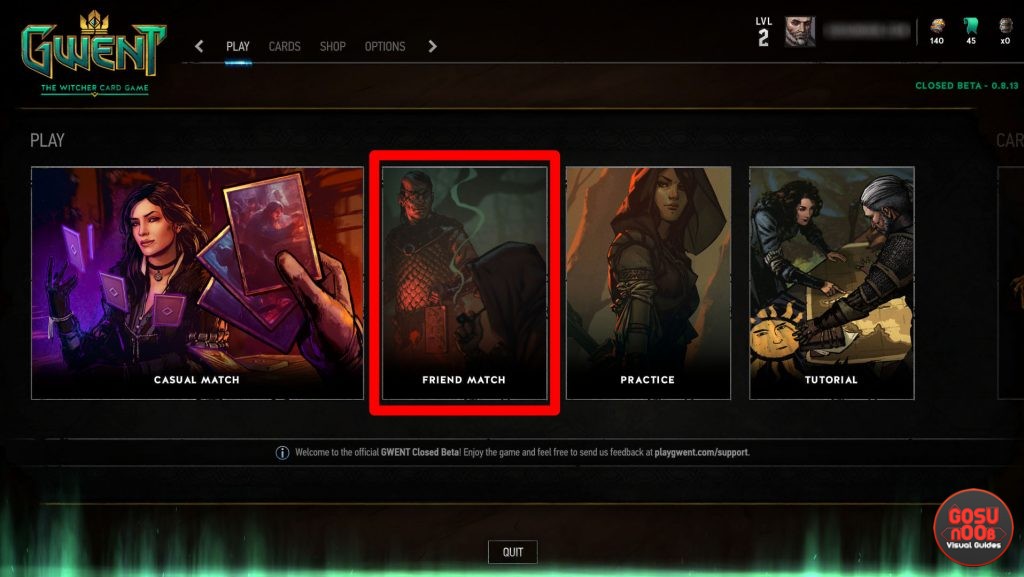 Note: This guide is a work in progress (just like the game). We’ll update it with more info once we have it.

How to play Gwent Closed Beta with friends

If you’re on PC, when you fire up the game and choose to play, the option will be right there, staring you dead in the eye. Friend match is lodged between casual play and practice, and clicking on it opens up the friends list. However, the feature isn’t working at the time. The functionality is probably going to be added later. We haven’t had any success with getting it to work, nor have we heard of anyone who did. If you somehow managed to play with a friend, please let us know in the comments.

If you’re on Xbox One, the option won’t even show. This, most of all, makes us think it wasn’t supposed to work at this point. Thankfully, this is a beta, so things are bound to change. We’ll update the guide when they do.

When you start the game up for the first time, it will announce that you’ll get to engage in some cross-platform play. When playing casual matches, you’ll be paired with players from both platforms. You won’t be able to tell who’s playing on what just from the game, though. It doesn’t favor a certain kind of input, nor does it show platforms along with player names.

PREVIOUS POSTGwent Closed Beta Download – How to do it