CD PROJEKT RED have announced that GWENT: The Witcher Card Game will soon be getting its first expansion set, called Price of Power. The first part of this upcoming set – Once Upon a Pyre – will be released on June 8th, 2021. It will be available on PC (via GOG and Steam), Apple M1 Macs, iOS, and Android. Once Upon a Pyre will introduce 26 new cards (4 cards per faction and 2 neutrals), as well as new gameplay mechanics and abilities. The story in the Price of Power expansion will center around magic and how different factions view, use, and battle for that power. 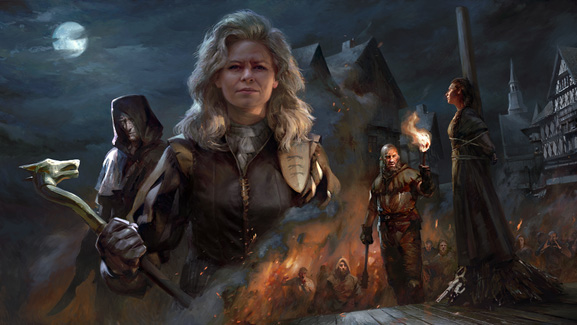 Get The Price of Power Expansion Pass

Players that wish to immediately purchase the entire Price of Power set are in luck, as there is a time-limited Price of Power Expansion Pass offer. This Pass gets you all three parts of this expansion set, as soon as each of them is released. Besides 20 additional ornaments, you will also get access to the animated Pyre coin. The Pyre coin will become available to play with immediately as you purchase the Expansion Pass.

You can read more about the Price of Power expansion set on the official website and you can view the teaser trailer here. Expansions will get released every two months from June to October 2021. Every new expansion will include new cards and strategies and will see the continuation of the overall story. The first set, Once Upon a Pyre, will revolve around the danger magic presents for those that wield it, and those around them. As befits a story set in the Witcher universe, humans can be more depraved and evil than any lurking monster, and you should always consider the consequences of your actions before making any decisions.

GWENT has been an enjoyable card game ever since The Witcher 3, and it only got even better in its standalone version. We can’t wait to see what this new expansion set will bring to the game.