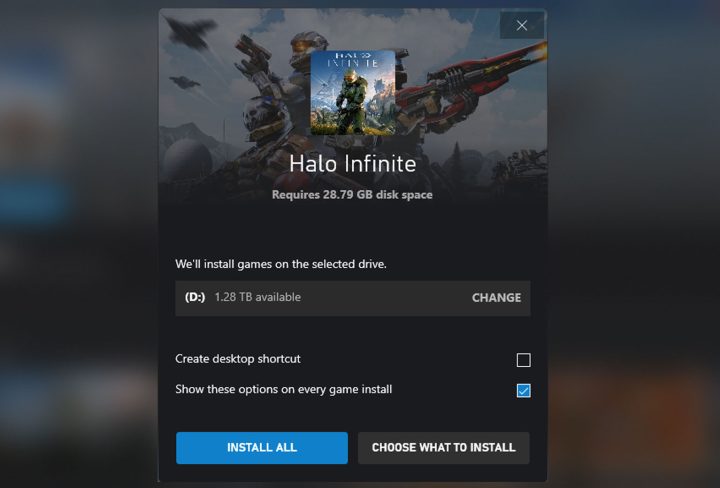 How to download Halo Infinite Beta Multiplayer on Steam and Xbox App?

In order to download Halo Infinite multiplayer you’ll need around 26GB on Xbox and PC. If you want to download the beta through Steam search for the Halo Infinite in the Store, then click on Play Game button. That will trigger a 26GB download. If you don’t want to use Steam and want to use Xbox Game Pass access to the Halo Infinite Campaign later on then you should use the Xbox App on your PC. To get the Xbox App on your PC open the Microsoft Store and type Xbox in the search. Once you install it, use your Xbox account to sign in. This should connect with your Game Pass on your PC as well. 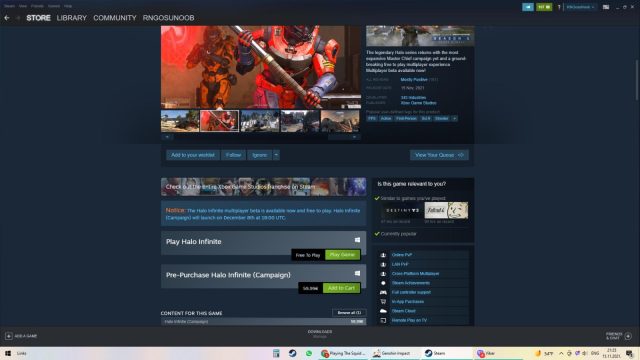 On the Xbox App search for Halo Infinite. You should get two results. One is the campaign version that launches in 3 weeks and needs a Game Pass or purchase. Other is the multiplayer beta. Click on that and then you should see a blue button saying Install or Purchase, based on whether you have the Game Pass or not. Next to it is a grey button that says FREE on it. Click on that to get the Halo Infinite beta early. This will add the game to your account and you can now proceed to install it. Your progress will carry over on launch day. 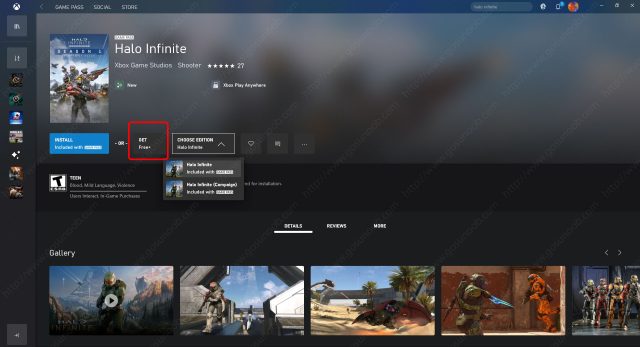 On Xbox console go to the store and look for Halo Infinite. You should see the free multiplayer version in the search results. Just download it and you should be able to play it. Some players are reporting that they are getting nothing but a blue screen when they start Halo Infinite Multiplayer on Xbox. Microsoft says that the servers are currently a bit overcrowded and that the beta is being deployed. Give it 30 minutes to an hour to download and install properly and try again. If you are getting Try Again Later error, your best option is to try the beta on Steam at this moment.