Halo Infinite Season 2 has finally been officially revealed. Called “Lone Wolves”, the second season is set to come this spring. The gap between the first two seasons has been unusually long, which might have had a negative impact on the community and player base. That’s because Halo Infinite multiplayer launched with quite a few issues. Most notably, players were dissatisfied with the progression system and various challenges, which simply weren’t rewarding enough and required a ludicrous amount of grind. Hopefully, season two will fix this. Here’s everything we know about Halo Infinite Season 2. 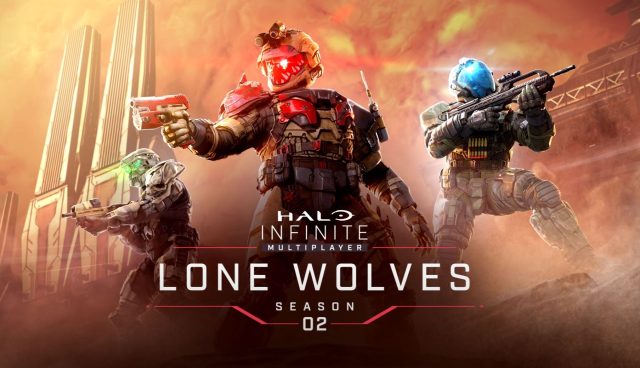 When Does Halo Infinite Season 2 Start?

As was predicted by the Season 1 battle pass timer, which was set to end on May 2nd, Season 2 kicks off on May 3rd, 2022. This is officially confirmed by the game’s developers, 343 Industries, with the first teaser trailer for the new season. 343 Industries intentionally prolonged the first season, as they wanted to take time and fix all the urgent issues. Now that they’ve ironed out most of the biggest issues, it’s time for Season 2.

343 Industries are yet to talk about the new content in Season 2. Nonetheless, from the short teaser for the next season, we can catch glimpses of at least two new maps. The obvious new map is the one with a pit full of lava. In the teaser, there’s a scene where a Warthog flys over a gorge of the fiery river. Some previous leaks have revealed several new maps that are supposedly coming in Season 2. We don’t know how reliable they are, but here’s the list anyway:

As expected, the new season comes with a shiny new battle pass for players to grind through. We haven’t yet officially seen new cosmetic items. Though, we can expect a wide variety of new helmets, armour kits, and weapon skins. Given that the name of the new season is “Lone Wolves”, expect the new content to be themed around it. As we’ve already mentioned, the first season’s battle pass was heavily criticised. This was due to lacklustre rewards, painfully slow progression, and a badly designed challenge system.

The developers have fixed many of these issues in the meantime, and hopefully, we will see more improvements in Season 2. Additionally, it was also confirmed that you will be able to earn Credits (Halo Infinite’s in-game currency) in Season 2’s battle pass. Currently, you can only buy Credits with real-life money.

What players anticipate the most in Season 2 is the co-op campaign. The Halo series’ signature co-op play wasn’t ready for the game’s launch, but 343 Industries have promised that it will be ready for Season 2. You can also expect new and returning game modes, free events, new guns, and more. The highly rumoured battle royale mode is also most likely coming in Season 2. In the teaser, we can see a moving laser beam encircling players on a Big Team Battle map. Which is very much like a battle royale game. For now, that’s all we know about Season 2. Nonetheless, we will regularly update the article with new information, as soon as it becomes available.

NEXT POSTHow to Get Water Eggs Animal Crossing 2022