If you were to come by my desk in the past couple of days, you would’ve noticed that I started wearing a red wig and have fashioned something that looks like a bow and arrows (just a few sticks and a string, really). Upon asking me what’s up, you’d probably have gotten a few mumbled “I am Aloy, outcast of the Nora” and “Earth is ours no more” and nothing more.
▼Article Continues Below▼

The cause of all of this is me spending all my time in the past few days with Horizon Zero Dawn; PlayStation -exclusive open world action adventure RPG developed by Guerrilla Games. Since Guerrilla are known for making first person shooter games, everyone was wondering if they would be able to pull off a grand game like this, and I’ll try and answer that question in the review below. 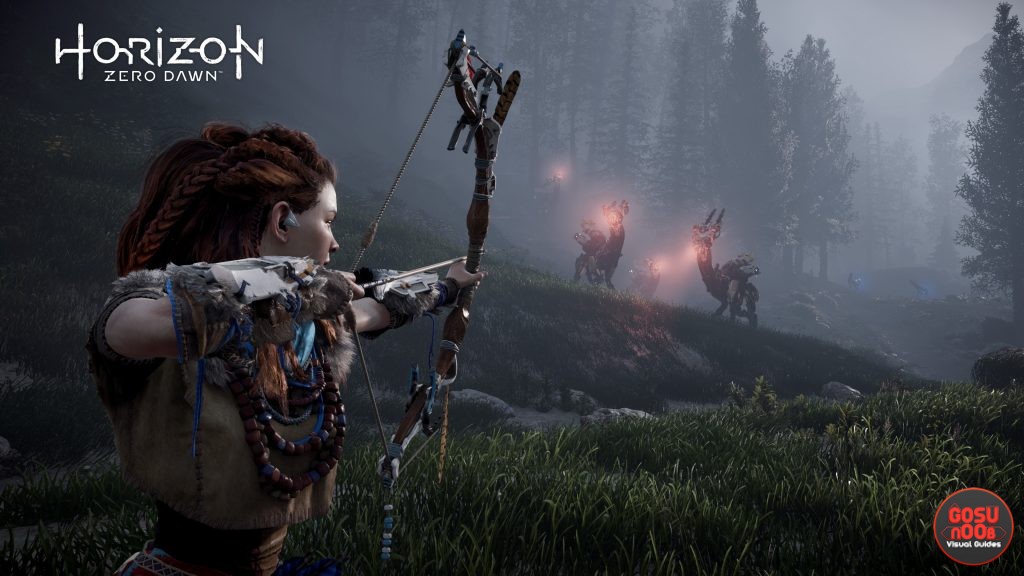 The reason for my obsession with Aloy over the last couple of days is that, from the very start of the game until the last quest, the storytelling and world immersion are so well done that I got fully drawn into the post-apocalyptic world and its denizens. The best thing about this game is how well the world is crafted and how the story of the past and present interweave to provide you with a unique gaming experience.

Guerrilla managed to create a highly involved story that spans from personal, through local political and onto grander global topics with ease and grace. They accomplished this through great writing of both main story and side quests, breathtaking graphics that include excellent animations in both cutscenes and during gameplay, and by creating a believable world masterfully. The story takes us through our heroine’s coming of age that evolves into something grander. I thoroughly enjoyed its presentation in the main questlines. Side quests help you build an emotional profile for the main hero and help you expand on the knowledge of the world she inhabits. I found the quality of storytelling in both main and side quests to be on par with the best RPG moments out there. Think Bioware-quality stories, and you’ll understand where I’m going with this. 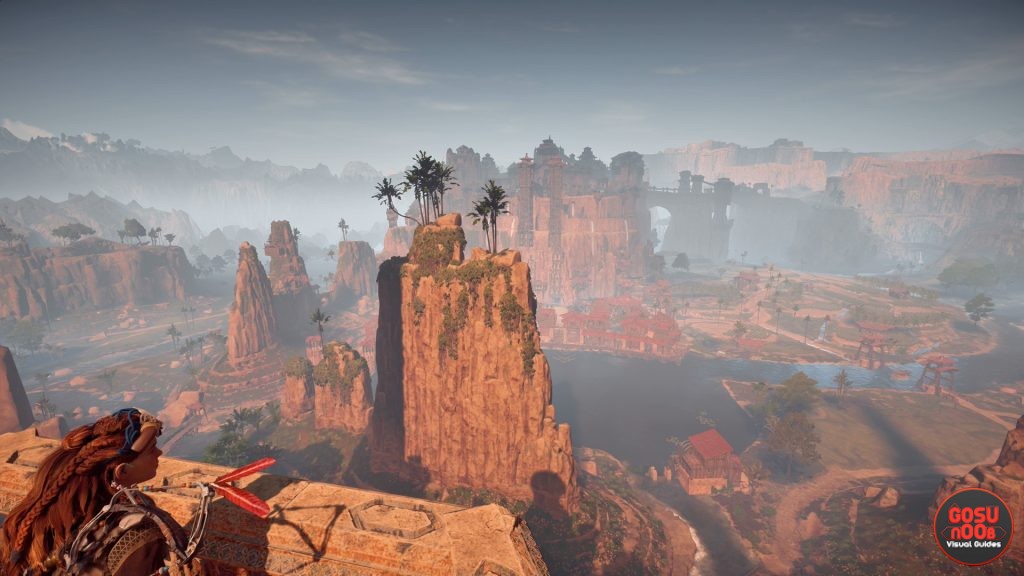 I can’t praise the quality of graphics enough, on both the regular PlayStation and PS4 Pro. You know how things in trailers look different than they do when you play the game? This is not the case with Horizon Zero Dawn. The engine used for the game handles crossing different zones with ease and makes for one of the best open world engines we’ve seen so far. Sometimes, the world is so beautiful (the haze of the moonlight in the night or rays of light through the foliage) that it is beyond belief and you feel like you’re part of a fairyland. Character models and animation can hold their own against the best out there, and the living machines and their animations and mechanics are some of the best work I’ve seen in games ever.

When I first saw the game announced at E3 2015, I wasn’t sure that I’d be able to buy that whole “girl with bow vs. mechanical dinosaurs” shtick. They did, however, manage to make that bronze age vs advanced technology dichotomy work quite well. The main story explains it well, and the world they created is really believable. I guess it paid off to do a lot of research before building the world, because not many things feel out of place. 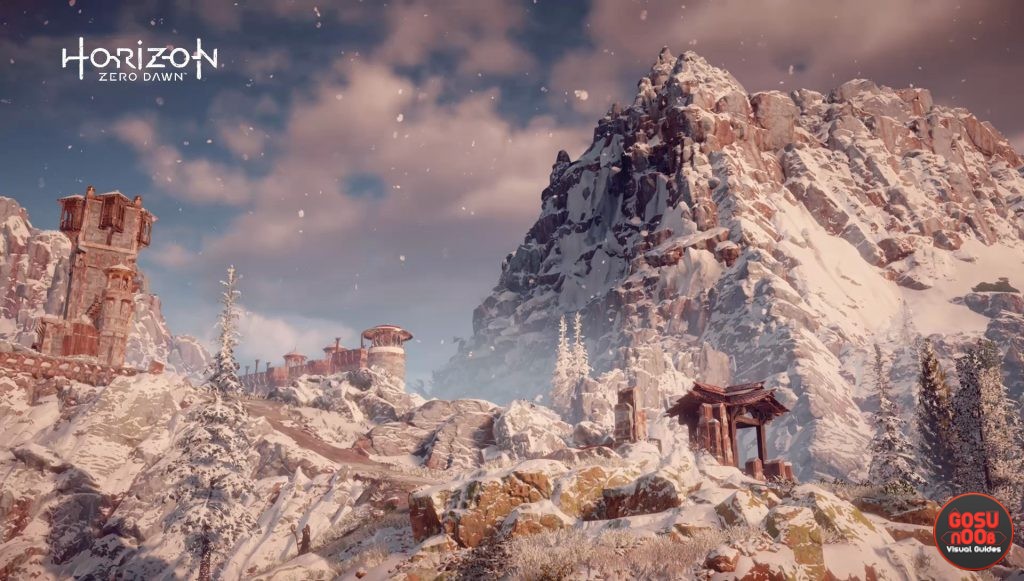 The real stars of the game are the machines. They follow several animal behavior patterns, until they start launching rockets or shooting you with sonic weapons. The main gameplay mechanic is that each machine has several components that you can individually damage and disable to make the fight easier or damage the enemy. You do all this by using special damage weapons (like a sling launching ice bombs) to make enemies vulnerable and using your spear or bow to finish them off.

This whole thing works so well, because as you start meeting more advanced enemies, you must learn how to fight them. After one third of the game, I started noticing that every fight against the machines is a challenge, although I played on normal difficulty. As you approach the end of the game, you really have to put thought into how to approach each enemy. And let me tell you – some of these machines are truly epic, with dozens of components and attacks that will knock your socks off. Each felt like a mini Dark Souls boss, if I must make a comparison.

Being open world, it is not enough to have a couple dozen side quests, a main story and twenty-something machines to battle. You’ll get a chance to do many side activities, but this is where the game shows its first weakness. I didn’t find many of the side activities engaging. Clearing bandit camps felt like I was playing Assassin’s Creed or something. Getting collectibles for some undefined and meager prize felt like a chore and, although they provided a deeper insight into the stories of both present and past, I felt like there is a lot of room for improvement here. 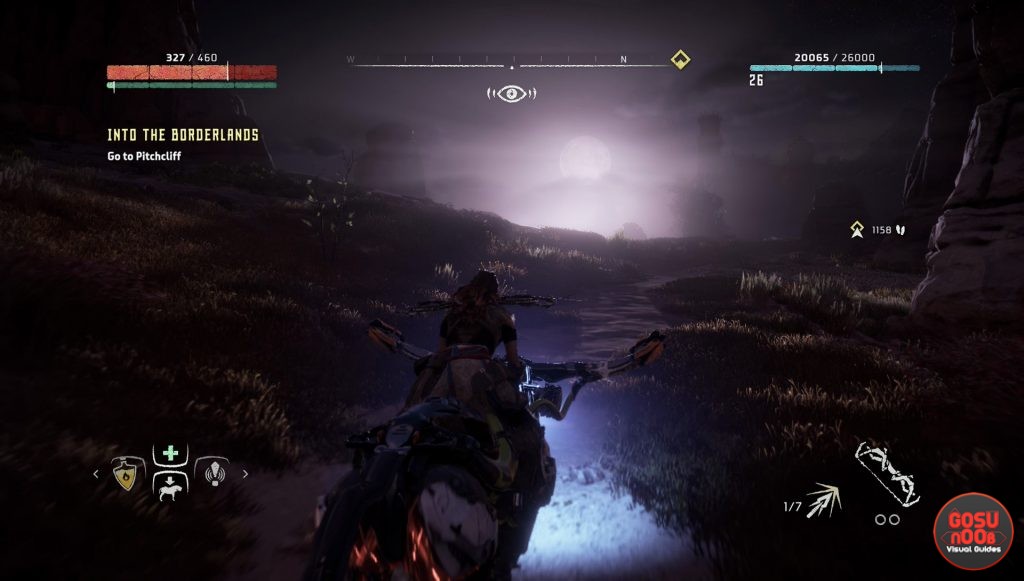 In general, I felt like Guerrilla did some things so good that it’s beyond belief, yet some parts of the game felt mediocre and like they could use improvement. For me, it was definitely the RPG part of the game. The quests were fine and all, but I didn’t feel like I was rewarded by anything except EXP and skill points for my efforts. The skill tree, by the way, is another thing I think could use improvement, because in its current state, I only felt like I needed 4-5 skills and that the rest were fillers. Itemization is also something I think could have been done better. You get dozens of materials to collect, but they are mostly used to make your ammo. There are only seven or eight weapons and an equal amount of armor outfits, and you’ll probably use two of them most of the time (well, the weapons you use will depend on the enemy, but you know what I mean). The thing I hated the most were these crates that you get as rewards and that always contain the same crap you pick up from dead enemies. The only thing worse is the fact you can purchase mystery boxes from vendors. Said boxes might or might not drop something cool. Total waste of time.

Don’t take me wrong, none of the things mentioned above are huge problems. It is just that the graphics, storytelling and some gameplay mechanics set such a high standard that things that are not on the same level kind of stick out like a sore thumb.


Horizon Zero Dawn does several things so well that it should be part of every PS4 owner’s collection. It is not a perfect game, or one that you should maybe buy the console for, but, as a gamer, I think you should experience fighting mechanical enemies with bow and spear, because it is truly outstanding. Oh, and the fact that the last Act of the game (the last four or so main quests) is a spectacular crescendo to a wonderful story is also something you should consider experiencing for yourself. I suspect that anything lacking in this installment of the series will surely be improved upon in the next game, because I’m pretty certain that Sony, together with Guerrilla, just created a new franchise for PlayStation.

PREVIOUS POSTPokemon GO How to Defeat Blissey in Gym Battles

NEXT POSTHow to level up fast to lvl 120 in Final Fantasy XV after patch 1.05