Polygon has released a 41-minute video of Just Cause 3 Gameplay on their YouTube channel. The video showcases many of the features of the upcoming game: from its frenetic on-foot and vehicle combat to its downright silly flying mechanic, all set against the colorful scenery of the game’s fictional Mediterranean island. 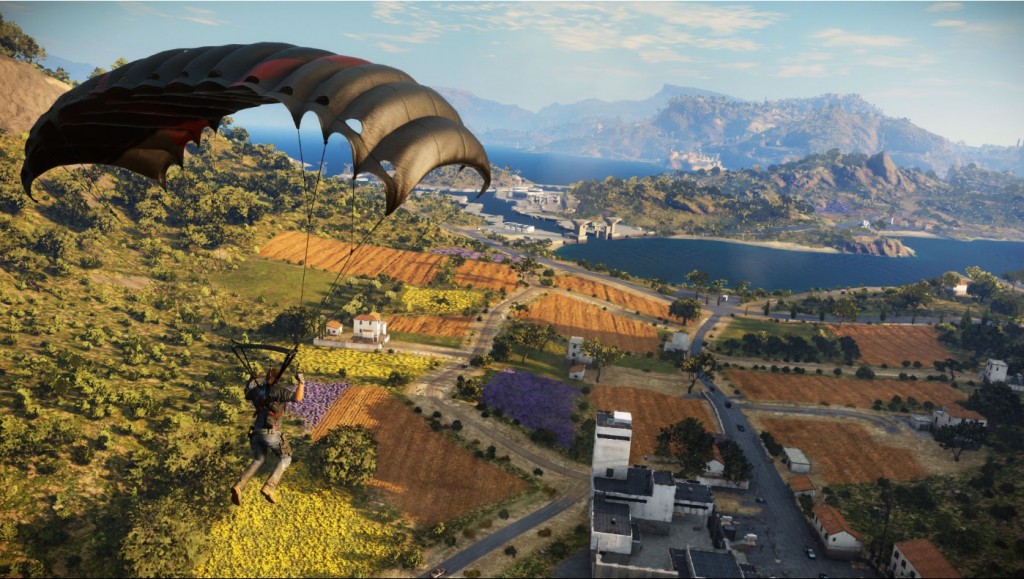 Much of the island’s landscape and architecture is also present in the video: its olive fields, modern military bases, and quaint little towns on the hilltops overlooking the sea. The visuals are not final however, and may undergo some alterations before the game is released.The video also shows off part of the game’s menu system, especially its Rebel Drop and Gear Mods tabs. There is also a short look at a section of the game’s map in which the action of the video is taking place.

If you wish to check out the video in full, you can do that below:


Just Cause 3 is being developed by Avalanche Studios and is slated for release on December 1. The game will be available on the PC, Xbox One, and PlayStation 4 platforms.