King’s Silver is one of the plethora of side quests you can tackle in Kingdom Come Deliverance. You’ll have to inspect the Skalitz mineworks after they were damaged in the Cuman raid, to see whether the business can be restored to its former glory. Like in every other quest in the game, there’s a bug or twelve that will stop you from completing the mission. We’ve written this guide to help you finish Kingdom Come Deliverance King’s Silver quest.

Where to find mine gallery?

The first issue most people run into is that the quest markers are sending them to the wrong locations. From what we’ve seen, the mine gallery is the one that’s most commonly misplaced. It’s actually north of the marker, near the river. The other two have been marked correctly for most people. 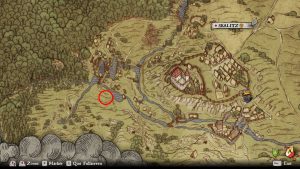 How to save foreman Nemoy?

You can’t. It’s one of those quests that feels like you’ve failed, but actually you completed it. Nemoy must die, no matter what you do. The miners will keep attacking you after his death, and fighting them can often incur a bounty, as they’re flagged as civilians. Your best bet would be to run as soon as the trouble starts.

The entire quest is so riddled with issues that you should probably just avoid it until you hear it was fixed with a patch. Some players are reporting that even after they did everything that was asked of them, Feyfar wouldn’t acknowledge them. There’s a rumor going around, that finishing this quest successfully will grant you knighthood, which is what makes most people waste hours on this mess instead of walking away. Don’t fall for it.