LEGO Star Wars The Skywalker Saga already offers a mind-blowingly big number of playable characters – 380 at launch. And yet, developers are not planning on stopping there. The crown jewel of LEGO Star Wars games is already set to receive new content as the developer, Traveller’s Tales, is working on new DLCs. Read on to find out when will the Skywalker Saga receive new DLC characters and other content. 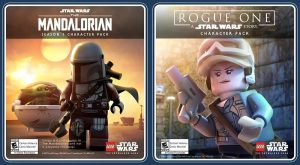 Developers are already planning a slew of new characters for the upcoming weeks. If you’ve purchased the Deluxe Edition of Lego Star Wars The Skywalker Saga, you will receive them at no additional cost. Once they are released they will simply be added to your account. The same goes for all platforms where the game is available.